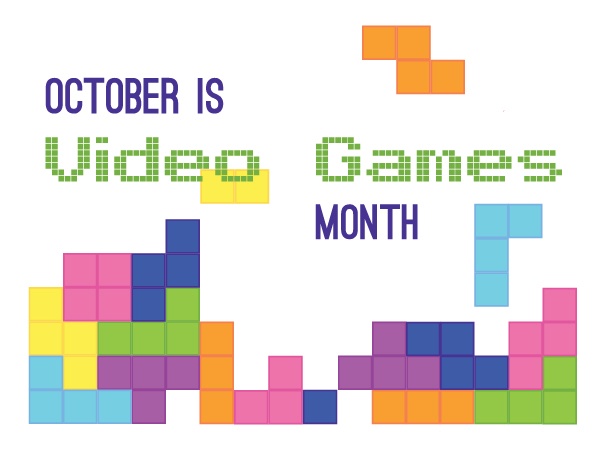 “If you're too young to remember the Time Before Pong, then you probably can't appreciate the momentousness of its arrival. Bear in mind the game emerged in a very different world. It was a time before home computers, cable television, cell phones, game consoles, the Internet--everything we take for granted today. For many of my formative years, we still watched TV in black and white, and had to get up to change the channel. This was the technological Dark Ages. Had we been less culturally enlightened, we would have denounced Pong as witchcraft and burned its inventors at the stake. For those of us who were there--who had never played, let alone seen, a video game--we knew we were witnessing something extraordinary, a groundbreaking achievement in home entertainment. However, none of us knew that we were participating in the birth of a revolution.”
― Devin C. Griffiths, Virtual Ascendance: Video Games and the Remaking of Reality

The Art of Video Games Exhibition

An exhibition by the Smithsonian American Art Museum which run from March through September 2012. The exhibition was designed to highlight the evolution of art within the video gamemedium over its forty-year history.

These books and others are available for checkout at the Video Games Display in the Purdy Kresge Library . The display will run through the month of October, 2014.

eBooks are available online by clicking on the title of the book; WSU access ID and password required. 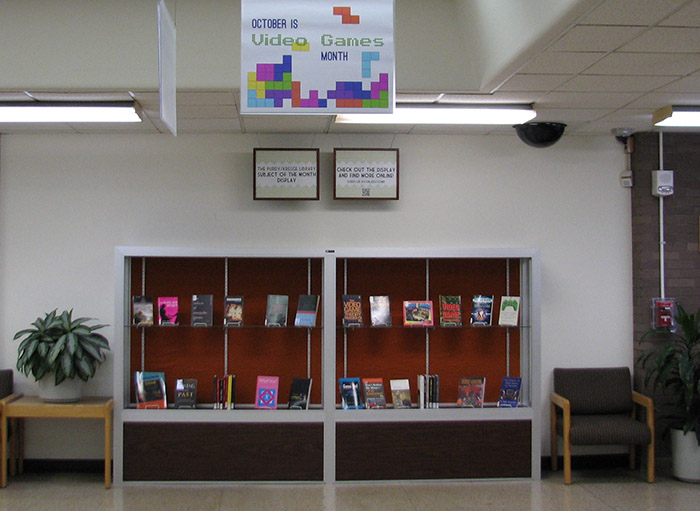 The cathode ray tube amusement device is the earliest known interactive electronic game to use a cathode ray tube (CRT). Thomas T. Goldsmith, Jr. and Estle Ray Mann constructed the game from analog electronics in 1947. The player turns a control knob to position the CRT beam on the screen; to the player, the beam appears as a dot, which represents a reticle or scope. The player has a restricted amount of time in which to maneuver the dot so that it overlaps an airplane, and then to fire at the airplane by pressing a button. If the beam's gun falls within the predefined mechanical coordinates of a target when the user presses the button, then the CRT beam defocuses, simulating an explosion. The gaming device was never marketed nor sold to the public. Grand Theft Auto III is an open world action-adventure video game, published by Rockstar Games in 2001 for the PlayStation 2 console. It was the best-selling video game of that year.  It is played from a third-person perspective in an open world environment, allowing the player to interact with the game world at their leisure. The game is set within the fictional city of Liberty City, which is loosely based on New York City. The single-player story follows Claude,a bank robber who is left for dead by his girlfriend, and quickly becomes entangled in a world of gangs, crime, and corruption. The game allowed the player an unprecedented degree of freedom to play as they chose. Whether following the main plot or ignoring it, players were free to indulge in any number of diversions at whatever level of morality they found comfortable.

The Rift is an upcoming virtual reality head-mounted display, being developed by Oculus VR and represents a new direction in gaming.  The consumer version of the product is expected to become available in April 2015. BioShock is a biopunk first-person shooter video game with horror themes published by 2K Games in 2007. was based on the ideas of Objectivism as highlighted by Ayn Rand, while incorporating influences from other authors such as George Orwell. BioShock is set in 1960, in which the player guides the protagonist, Jack, after his airplane crashes in the ocean near the bathysphere terminus that leads to the underwater city of Rapture. Built by the business magnate Andrew Ryan, the city was intended to be an isolated utopia, but the discovery of ADAM, a plasmid which grants superhuman powers, initiated the city's turbulent decline. Jack tries to find a way to escape, fighting through hordes of ADAM-obsessed enemies. BioShock includes elements of role-playing games, giving the player different approaches in engaging enemies such as by stealth, as well as moral choices of saving or killing characters. Critics have praised BioShock's  immersive qualities of the game and its political dimension.

A Chicago Sun-Times reviewer wrote that "I never once thought anyone would be able to create an engaging and entertaining video game around the fiction and philosophy of Ayn Rand, but that is essentially what 2K Games has done ... the rare, mature video game that succeeds in making you think while you play". In the book Digital Culture, author Gérard Kraus  presents a case study of BioShock as a critical analysis of video games as an artistic medium. This book can be viewed in the e-books section of this libguide. In 1980, there was no HDMI or progressive scan, just a bunch of white text on a black screen. But this text-based adventure game, created by Sierra On-Line founders Ken and Roberta Williams, was revolutionary for one simple reason: it featured graphics at a time when most computer games did not. The first adventure game to feature a visual component, Mystery House was a commercial success, selling copies in the tens of thousands, which, in those days, qualified it for blockbuster status.

A PBS program channel on youtube, Game/Show looks at the relationship between videogames and modern life.

Released on the Sega Master System in 1987, Phantasy Star told the story of fifteen year old Alis Landale. Alis sees her brother joining a revolutionary group and then is killed by the evil King Lassic. With his dying breath, he asks her to try to discover Lassic's plans. As he dies, she swears to avenge his death.

The Legend of Zelda

Published by Nintendo in 1987, the Legend of Zelda quickly became the first mainstream RPG video game hit. Its gameplay is a mixture of action, adventure, and puzzle solving. A classically structured fantasy tale, Zelda put you into the green moccasins of Link, the young pauper destined to assemble the TriForce and use its power to overthrow the diabolical Ganon and save the princess Zelda. Along with Super Mario Bros, the game rescued the industry from the devastating effects of the crash of 1983. Since it's release, it has developed into still popular franchise, with 17 official games on all of Nintendo's major consoles, as well as several spin-offs.

Will videogames become better than life?

Game designer David Perry says tomorrow's videogames will be more than mere fun to the next generation of gamers. They'll be lush, complex, emotional experiences -- more involving and meaningful to some than real life.