Subject of the Month- Zoos and Aquariums- April 2015 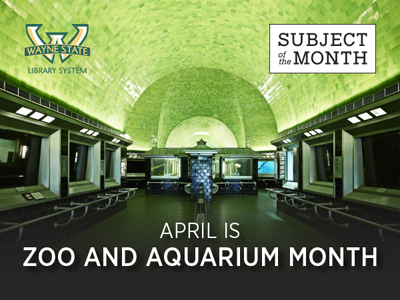 Zoos and aquariums have been drawing visitors for thousands of years. The predecessor of the zoological garden is the menagerie which has a long history from the ancient world to modern times. The oldest known zoological collection was revealed during excavations at Hierakonpolis, Egypt in 2009, of a ca. 3500 B.C. menagerie. The exotic animals included hippos, hartebeest, elephants, baboons and wildcats.

In a  survey conducted by the World Association of Zoos and Aquariums, in collaboration with national and regional zoo and aquarium associations, showed that annually more than 700 million people visit zoos and aquariums worldwide and are thus potentially exposed to environmental education. Furthermore, the world zoo and aquarium community reportedly spends about US$ 350 million on wildlife conservation each year.

AZA (Association of Zoos and Aquariums) zoos and aquariums represent the finest institutions in the country and are visited by more than 150 million people each year. That's more people than attended all professional baseball, basketball, football and hockey sporting events combined!!!!

Zoo and Aquarium Books from the Catalog, April 2015 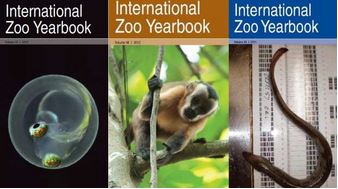 Zoo and Aquarium Books from the Catalog-Juvenile