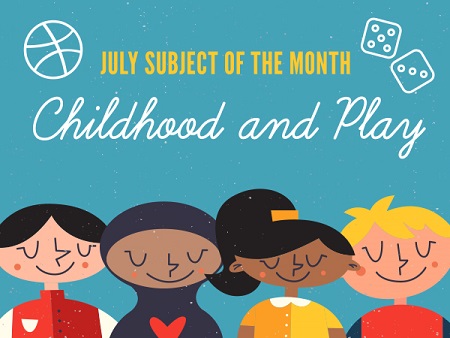 The July display was selected in honor of the fun of being a child. Playing is important for all children to do, as this helps them develop and learn important life skills and lessons. Children from all over the world play games, and many of these games hold similarities. The library has a plethora of resources on play and childhood fun including photographs, graduate theses, videos, books, and many more. Stop by Purdy-Kresge Library to see the display.

“We are never more fully alive, more completely ourselves, or more deeply engrossed in anything, than when we are at play.” ~ Charles E. Schaefer

The Wayne State University Library System, through its digital publishing initiatives, strives to bring unique, important, or institutionally relevant content to Wayne State University’s academic community and to the larger world. Our Digital Collections represent text, images, and audiovisual material that support this mission through a diversity of projects.

The Library System's Digital Collections are created through grant-funded partnerships with a range local cultural and educational institutions; digitization of material held in our special collections and archives; and licensed materials from publishers. Our collections, provided through a handful of interrelated systems, support research, teaching and learning across multiple disciplines, in the classroom and beyond. Over 50,000 images and texts celebrate Detroit's contributions to the arts, fashion, history, architecture, interior design, medicine, and more. 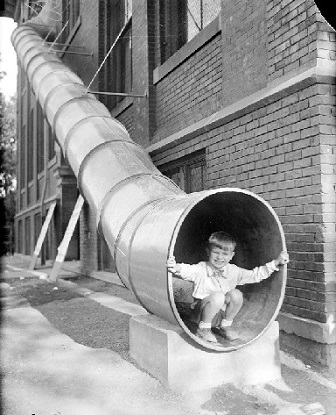 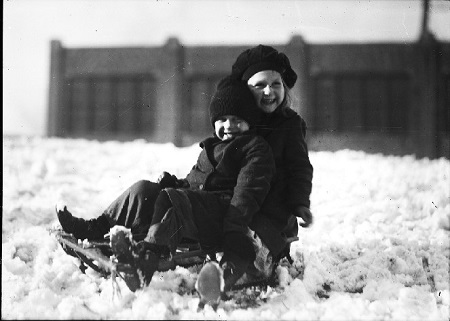 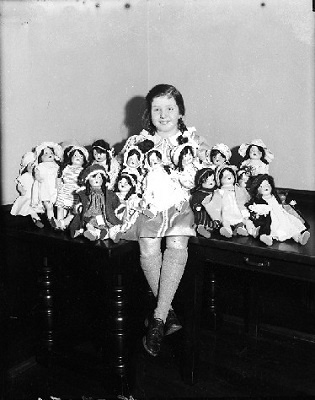 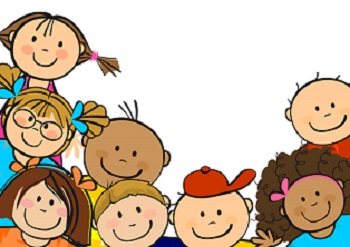 The Walter P. Reuther Library collects and facilitates access to historical documentary evidence in order to inspire academic research, serve the information needs of the community, and build knowledge at Wayne State University. The collections housed in the Reuther Library are open to anyone engaged in their research. The following images were retrieved from the Image Galleries located on the Reuther Library webpage: https://reuther.wayne.edu/. 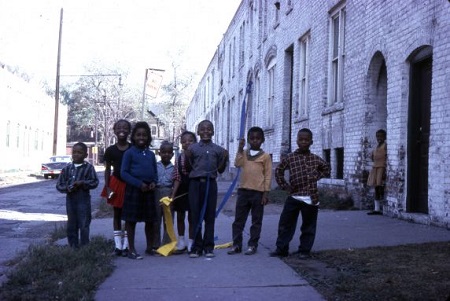 Young children at play on Selden Street. Photograph taken as part of series on the historically

Black neighborhoods that were dismantled during the Detroit Medical Center construction clearances. 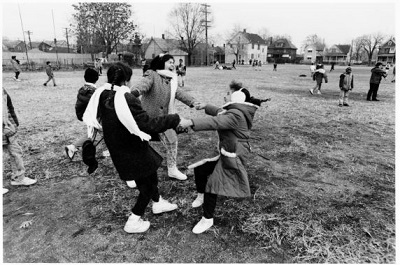 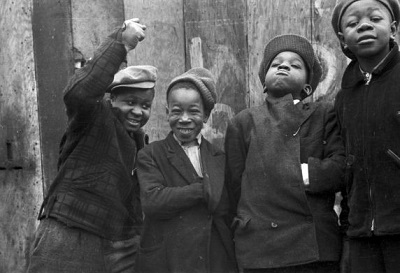 Children Playing, Near East Side, Detroit

A candid view of a group of children at play in a neighborhood alleyway.

Part of a series of photographs taken of children in Detroit’s Near East Side. The area includes the Brush Park, Paradise Valley, and Black Bottom neighborhoods. 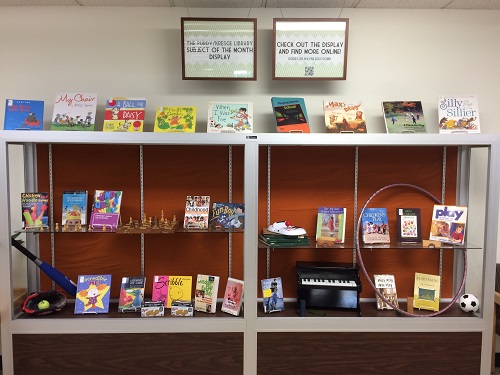 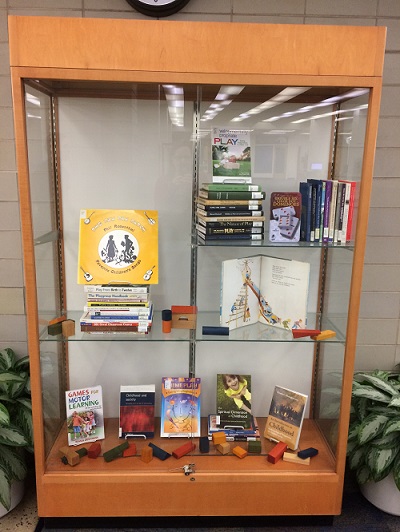 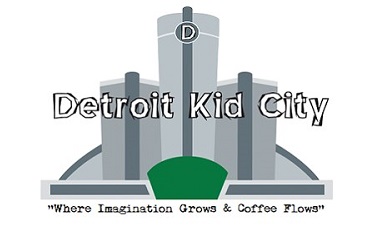 "In a modern world filled with electronics, video games, computers and so many other distractions, children rarely get the chance to exercise their imaginations in a free play setting. Imaginations need to be exercised in a fun and inspiring environment but where? Detroit Kid City has you covered! We have created a custom Mini Detroit play city, where the kids run the show! Here the children have the ability to use their creative imaginations through pretend play." ~ http://www.detroitkidcity.com/ 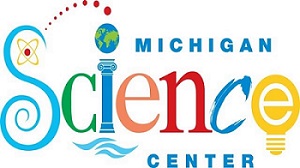 "Explore hands-on exhibits, gaze at the stars, discover new worlds in our IMAX® theatre, and take part in live stage shows. As Michigan’s STEM Hub, we inspire curious minds of all ages. The mission of the Michigan Science Center is to inspire curious minds of all ages to discover, explore and appreciate science, technology, engineering and math in a creative, dynamic learning environment." ~ http://www.mi-sci.org/

"Rich with history and natural beauty, Belle Isle Park is a Detroit gem and became Michigan's 102nd State Park in 2014 as part of a lease agreement with the City of Detroit. This 985-acre island park is situated on the Detroit River between the United States and Canada. Home to a variety of attractions, including an aquarium, conservatory, and the James Scott Memorial Fountain, this park provides a wide assortment of educational and recreational opportunities." ~ http://www.michigandnr.com/parksandtrails/Details.aspx?id=736&type=SPRK#overview

The Eloise Ramsey Collection - Named for its originator, Eloise Ramsey, the Eloise Ramsey Collection of Literature for Young People is a closed collection of rare books and periodicals related to children’s literature from the late 18th century to the present, and located in the Purdy/Kresge Library on the main campus of Wayne State University. The collection has been expanded over the years with award-winning titles and otherwise outstanding works; whenever possible, recent acquisitions to the collection have been duplicated in the circulating juvenile collection. Books and materials in the collection are listed in the online catalog, but are not available for checkout. For more information follow this link: http://guides.lib.wayne.edu/c.php?g=174935&p=1151857.

Millicent A. Wills Collection of Urban Ethic Materials - Begun in 1968 and dedicated in 1990 to former Detroit school teacher Millicent A. Wills, this collection consists of books that deal with urban life and ethnic diversity. Although this is a non-circulating collection, all books contained within it have been duplicated for the regular circulating juvenile books. The Wills Collection is located on the 4th floor of the Purdy Library near the juvenile collection.

William Alfred Boyce Storytelling Collection - The William Alfred Boyce Storytelling Collection was donated by Mrs. Iana Boyce upon the death of her husband Dr. William Boyce, a professor at Wayne State University as well as a professional storyteller (a.k.a. The Story Peddler). Boyce taught courses in Oral Interpretation of Literature, Voice and Diction, Reader's Theatre, and Storytelling - an integral part of Children's Literature. The books in this collection represent some of the best works in the world of storytelling, a tradition as old as mankind. Storytelling is not only an art, but it reveals what is most important in our lives. Read these stories aloud, share them with those around you, or study the history of storytelling through this wonderful collection located on the fourth floor of Purdy Library.

Videos in the Catalog

The David Adamany Undergraduate Library houses an extensive DVD and Video collection behind the Circulation Desk. This includes popular children's movies that bring out the child in all of us. Search what other videos the WSU Libraries own by following this link: http://elibrary.wayne.edu/search~S19

These performers are wonderful for getting children moving and having a blast. Children can learn a number of developmental skills simply by dancing and singing along to music. Performers such as The Laurie Berkner Band and Jim Gill are well known in their industry for creating songs that children will be able to move, groove, and get silly to.

The Laurie Berkner Band - "The Goldfish"

Children's March (Over the Hills and Far Away) 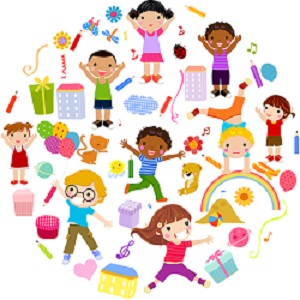