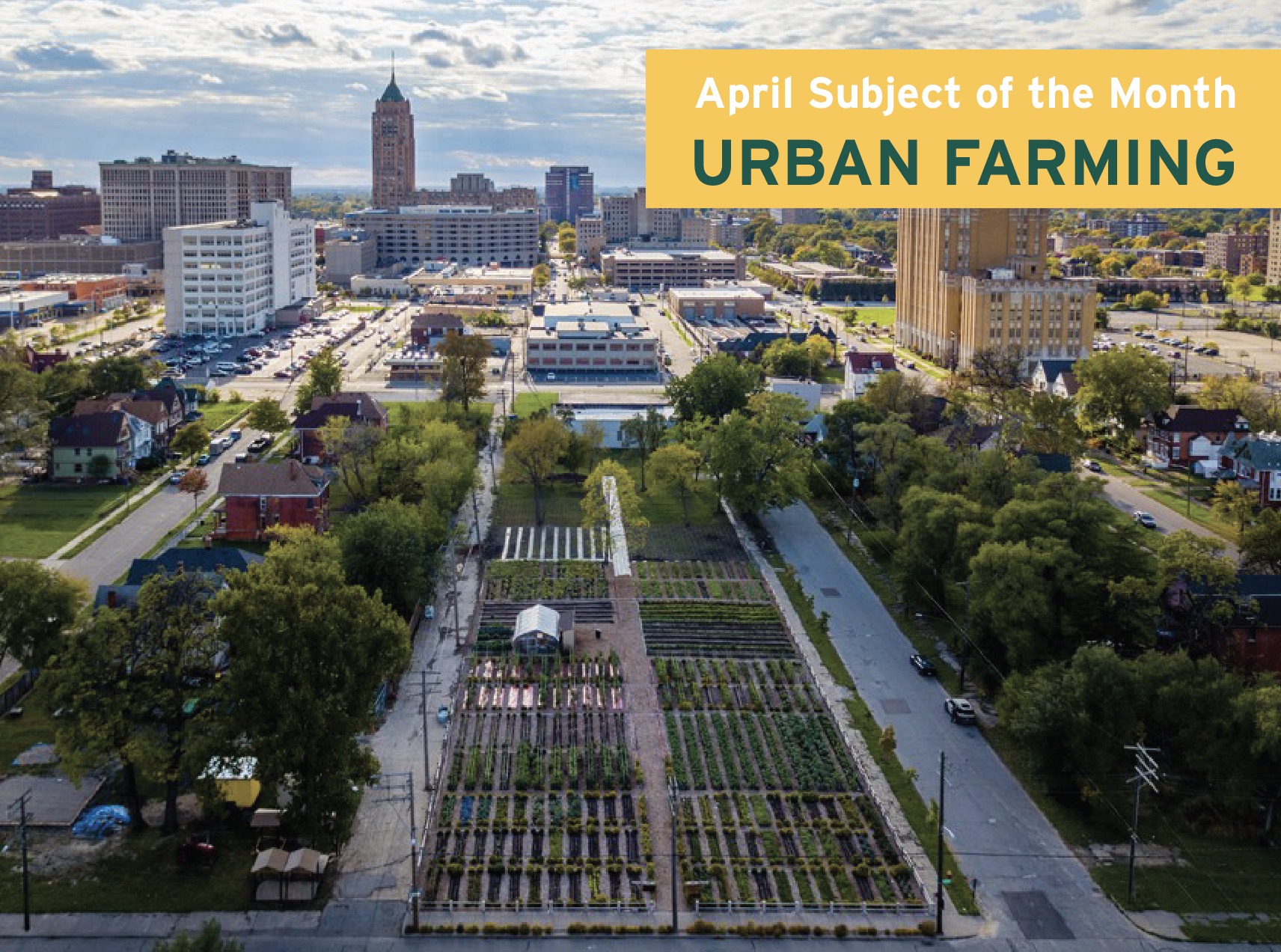 "Urban agriculture can be defined shortly as the growing of plants and the raising of animals within and around cities. The most striking feature of urban agriculture, which distinguishes it from rural agriculture, is that it is integrated into the urban economic and ecological system: urban agriculture is embedded in -and interacting with- the urban ecosystem. Such linkages include the use of urban residents as labourers, use of typical urban resources (like organic waste as compost and urban wastewater for irrigation), direct links with urban consumers, direct impacts on urban ecology (positive and negative), being part of the urban food system, competing for land with other urban functions, being influenced by urban policies and plans, etc. Urban agriculture is not a relict of the past that will fade away (urban agriculture increases when the city grows) nor brought to the city by rural immigrants that will lose their rural habits over time. It is an integral part of the urban system."

Urban agriculture: what and why?

Grown in Detroit focuses on the urban gardening efforts managed by a public school of 300, mainly African-American, pregnant and parenting teenagers. In Detroit alone, there are annually more than 3,000 pregnant teenagers who drop out of high school. This school is one of three that focus on urban gardening and this population located in the United States. As part of the curriculum, the girls are taught agricultural skills on the school's own farm which is located behind the school, in what used to be the playground. The young mothers, often still children themselves, learn to become knowledgeable about the importance of nutritional foods, the process by which these foods arrive at their plates, and ultimately, to become independent and self-empowered through the process of farming.

Documentary available in full by request from our Storage Collection.

There's something amazing growing in the city of Detroit: healthy, accessible, delicious, fresh food. In a spirited talk, fearless farmer Devita Davison explains how features of Detroit's decay actually make it an ideal spot for urban agriculture. Join Davison for a walk through neighborhoods in transformation as she shares stories of opportunity and hope. "These aren't plots of land where we're just growing tomatoes and carrots," Davison says. "We're building social cohesion as well as providing healthy, fresh food.

As Plant This Movie vividly illustrates, the ingredients for scaling up urban farming and reconnecting people to the food we eat are now all around us. The movement provides hope that people across the nation and the world will once again have access to healthier, locally grown food, using the land near where they live as a primary source. World Premiere, Portland Film Festival

See the full episode at http://video.pbs.org/video/2214315175 Meet the ordinary people who bring food production back to basics in this clip from AMERICA REVEALED "Food Machine." 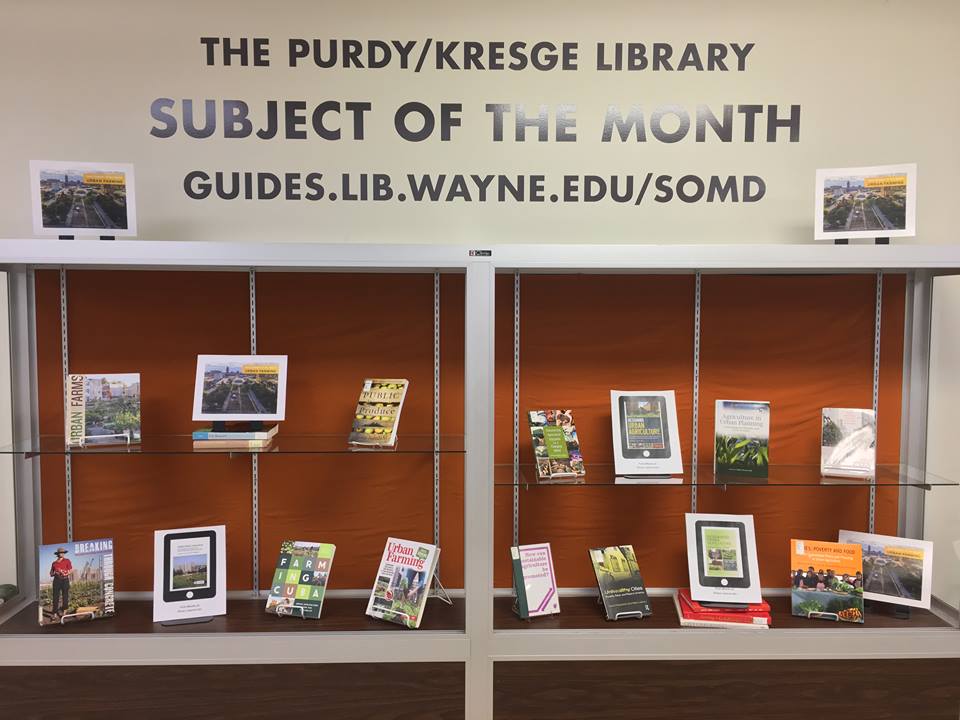 A documentary special following the pioneer Detroiters who are spearheading the city’s urban farming revolution. While urban farming has been called “the new hip thing” everywhere from Brooklyn to Seattle, nowhere are the stakes higher than in Detroit. With over 150,000 empty lots and an estimated 30% of locals living in poverty, determined residents are reclaiming unused land in their communities and planting seeds of growth in one of the most groundbreaking, ambitious, and surprisingly controversial grassroots movements America has ever seen.

Keep Growing Detroit was founded to promote the idea of making Detroit a food-sovereign city, meaning the majority of fruits and vegetables consumed are grown within the city’s limits. As well as providing education and resources to those looking to get involved in urban farming across the city, it also operates the Plum Street Market Garden, which grows fresh fruits, vegetables, and flowers for local farmers’ markets and restaurants.

The Michigan Urban Farming Initiative (MUFI) is another nonprofit organization engaging members of the community through sustainable agriculture. Based in Detroit’s North End community, it has produced over 50,000 pounds of produce since 2011 while also redeveloping a local property and its surrounding area as a model of sustainability and urban renewal. Volunteering for MUFI is extremely flexible, with all ages and abilities welcome to show up without needing to sign up and stay for as long as they’d like.

In the same North End neighborhood as MUFI, the Oakland Avenue Urban Farm is also teaching residents to grow and cook their own food alongside its urban farming. From June to September, it also hosts its own farmer’s market every Saturday, contributing to the local economy and providing fresh produce for locals. They also host events such as concerts, exhibitions, and workshops throughout the summer, giving you many more chances to contribute.

The Capuchin Soup Kitchen’s Earthworks Urban Farm is a 2.5 acre certified organic farm located in the City of Detroit. We seek to build a just, beautiful food system through education, inspiration, and community development. As a working study in both social justice and in knowing the origins of the food we eat, Earthworks strives to restore our connection to the environment and community