Dividing the Kingdoms: Interdisciplinary Methods for Teaching Shakespeare to Undergraduates: About

Welcome to Dividing the Kingdoms: Interdisciplinary Methods for Teaching Shakespeare to Undergraduates, a set of resources created by the faculty, staff, and students at Wayne State University as part of Teaching Shakespeare to Undergraduates, a micro-grant from the Folger Shakespeare Library and the National Endowment for Humanities.  The goal of this site is to provide college educators with resources for teaching King Lear—as well as Hamlet, 1 Henry IV, Othello, Romeo and Juliet, and Taming of the Shrew—from a diverse set of pedagogical approaches while also taking advantage of the rich collections of the Folger, the Detroit Public Library, and Wayne State University.

There are five modules available on this site, each showcasing a different methodology for engaging with King Lear: Adaptation, Cultural Studies, Performance, Philosophy, and Text.  A sixth set of exercises offers approaches for using the Digital Humanities to enhance students’ interactions with King Lear.  Every module consists of an introductory video clip that introduces the module’s theme and guiding questions, a set of three or four in-class activities, two longer assignments, and a service learning exercise that encourages students to share their new knowledge with middle or high school students.  The modules also contain additional resources entitled "Going beyond Lear," which provide in-class activities, out-of-class assignments, and service-learning exercises that apply the same methodology to a second Shakespearean play.  These modules are complemented by videos of acclaimed Shakespearean actor Larry Yando, digitizations of key texts (the Quarto and Fourth Folio versions of Lear, Shakespeare’s sources, and Nahum Tate’s 17th-century adaptation), and samples of student work.

These materials can be used in a number of different ways.  Each module is designed to run for three or four class sessions before concluding with a capstone assignment and service learning activity, both of which give students the opportunity to engage with that particular methodology in more depth.  Many of the assignments and activities dovetail nicely with exercises from other modules, allowing students to approach key themes in Lear through different methodological lenses.  Students could spend an entire semester on Lear, working through each of the five modules.  Alternatively, faculty members could pick and choose individual modules and/or activities to suit their needs.  See the sample syllabi on this page for examples of both kinds of approaches.  While the modules were written with an undergraduate audience in mind, every module can be adapted up or down, depending on students’ abilities.

King Lear is one of Shakespeare’s most profound works, but also one of the most difficult to teach at the undergraduate level.  By taking a multimodal approach to Lear and other Shakespearean texts, Dividing the Kingdoms allows faculty and students to explore the many layers of masterworks that remain perennially relevant to the human condition. 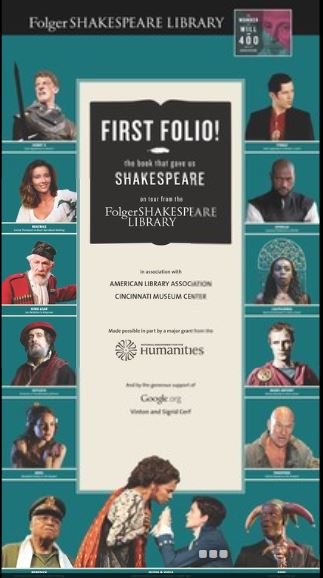 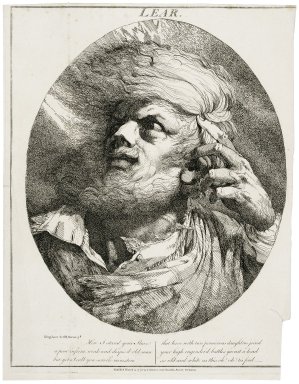 In the Adaptation module, Professor Chera Kee encourages students to analyze various adaptations of Lear from across the globe.  In doing this, students will be able not only to track changing tastes and social norms but also the influence of medium, nation, and author on a text.  In turn, students will also be able to identify what they believe to be the essential features of King Lear, those characters, actions, and elements that adapters from widely different eras and nations keep returning to when they re-tell this story.  A second module created by Erika Carbona, Carolyn Hall, and Matthew Jewell explores how adaptation can be applied to 1 Henry IV.

In the Cultural Studies module, Professor Simone Chess provides two approaches that help students recognize how King Lear relates to early modern and contemporary culture.  First, she has designed assignments and activities that focus on the play’s sources and reception so that students can begin to place King Lear within the wider cultural currents of its time.  Second, Professor Chess asks students to consider how identity categories like gender and disability are represented in the text.  A follow-up module created by DeAnna Miller, Diane Washington, and Megan Webster considers how Othello can be read through the lens of cultural studies.

In the Digital Humanities module, Librarian Judith Arnold provides activities and assignments that take advantage of digitized versions of key texts used in the modules: early editions of Lear (the Quarto, the Fourth Folio), Shakespeare’s sources (the anonymous play Leir, Holinshed’s Chronicles, Sidney’s New Arcadia, Spenser’s Faerie Queene), and Nahum Tate’s 17th-century adaptation.  These exercises are designed to either stand alone or coordinate with the other modules, and they encourage students to explore online tools (such as word clouds, data mining, and annotation) that can help them in their study of Lear or any of Shakespeare’s other works.

In the Performance module, Professor Thomas Aulino focuses on basic tools students might need on first encountering King Lear as a play to be performed: scansion, operative words, and the performable paraphrase.  By encouraging students to learn how to prepare to perform Lear, this module asks students to embody the play’s characters and, in turn, to consider the characters and their motivations on a level that simply reading the text might not provide.  An additional module created by Sarah Chapman, Lynn Losh, and Lindsay Ragle-Miller analyzes the ways that the performance methodology offers a fresh perspective on Taming of the Shrew.

In the Philosophy module, Professor Ken Jackson explores not only the ways that Shakespeare thinks within King Lear, but also how the play likewise encourages audiences and readers to think.  By examining how the play seems to fight the notion of certainty, Professor Jackson asks students to put the play into conversation with their own lives while wrestling with questions like, “Who is a king when he decides to stop being a king?  An extra module created by Connor Newton, Kelly Plante, and Sean Renkert considers how philosophical inquiry might shape our understanding of Hamlet.

In the Text module, Professor Jaime Goodrich asks students to examine two editions of King Lear that vary dramatically in terms of their content, layout, and punctuation: the 1608 Quarto and the 1685 Fourth Folio.  By considering the many differences between these texts and grappling with the difficulties of early modern print, students learn that there is no one, definitive version of the play but rather different traditions of editing Lear.  Another module created by Livingston Garland and Joseph Martinez applies the methodology of textual studies to Romeo and Juliet.

By the end of these modules, successful students should be able to: