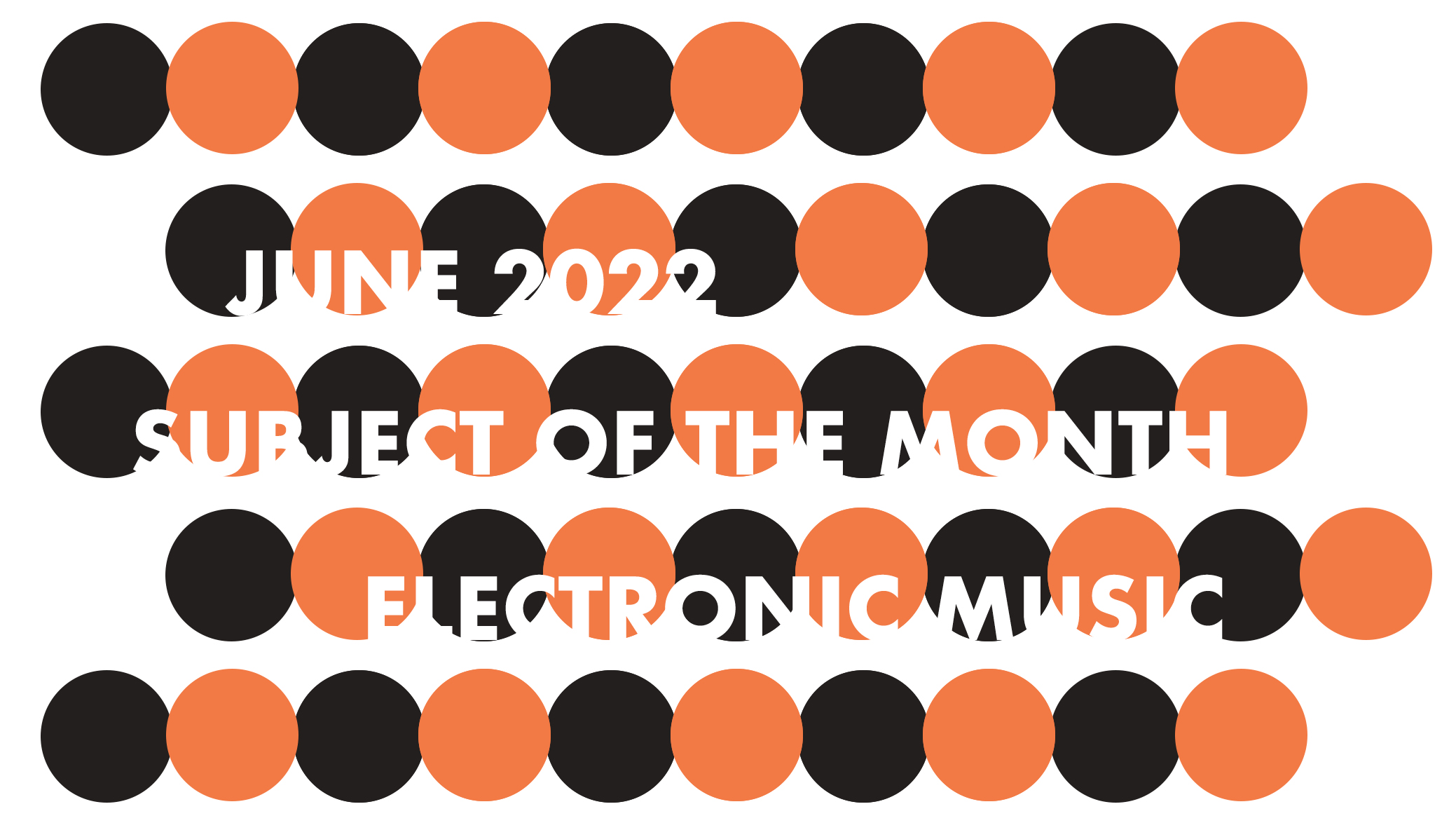 Detroit is the birthplace of techno, and Hart Plaza on Memorial Day Weekend each year sees the return of Movement, "one of the world's longest-running and most-esteemed festivals celebrating techno music" (https://web.archive.org/web/20220202172327/https://www.freep.com/story/entertainment/music/brian-mccollum/2021/11/22/movement-electronic-music-festival-detroit-2022/8672313002/). Techno is only one branch in the long winding history of electronic music, so as you recover from a weekend of dancing, take this opportunity to explore some of the other corners of this diverse musical tradition.

Known as the Godmother of House, Stacey 'Hotwaxx' Hale is an influential Detroit DJ who introduced house music, a driving brand of electronic dance music originating in Chicago, to Detroit radio in the 80's and co-founded the Detroit Regional Music Conference in the 90's, an unacknowledged precursor to the Detroit Electronic Music Festival (now Movement). 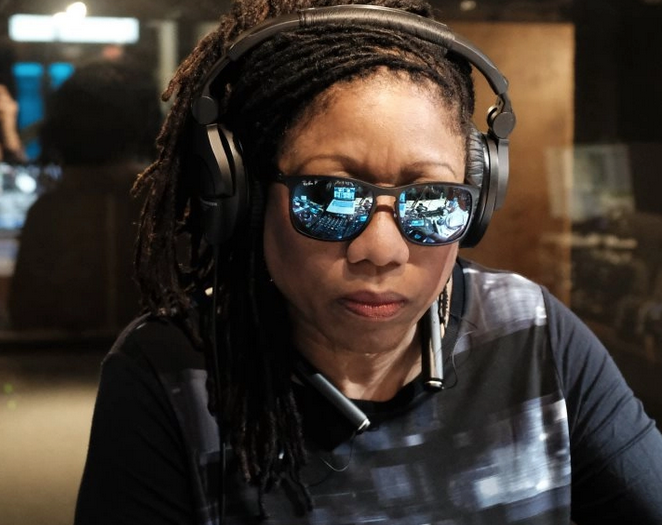 Jaguar: "There were some incredible key players... who are queer women of colour who contributed massively to the scene but are never given the credit they deserve. Why do you think women are written out of it?"

Stacey Hale: "I have the answer! It’s a sad truth what’s happening... humanity is brainwashed to a degree that we are secondary when it comes to anything indicating power. I don’t like to be referenced as a female who did that, other than just a person. I’m not real fond of [the term] ‘female DJ’. There’s no need..."

Hale talks on Dweller (https://dwellerforever.blog/2021/08/staceyhotwaxx) about pioneering the hidden transition, what she calls the "sneak-a-mix," blending two tracks together by paying close attention to tempo, beat, etc. without calling attention to the transition. "It scared people," she says. "They'd be like, 'Wait a minute, I've been on the floor [for how long]?...'"

Frankie Greek asks Hale on Uproxx (https://uproxx.com/music/dj-stacey-hotwaxx-hale-live-from-detroit-interview-red-bull-radio/) what electronic music and the dance floor give listeners that other genres don't:

"It allows a chance to be free, to be able to dance. That’s what electronic music is, you’ve probably been and seen different performers and you know people are just going crazy because they way it made them feel. And you know electronic music tends to do that, dance music, that is what it’s for. It’s not to sit back and relax to."

Databases at the Wayne State Libraries

For example, listen to this two-hour episode of Manuel Gotzen's podcast, Electronic Sound Carousell from August, 2019:

From the Naxos Music Library

A handful of electronic selections from the Naxos Music Library: 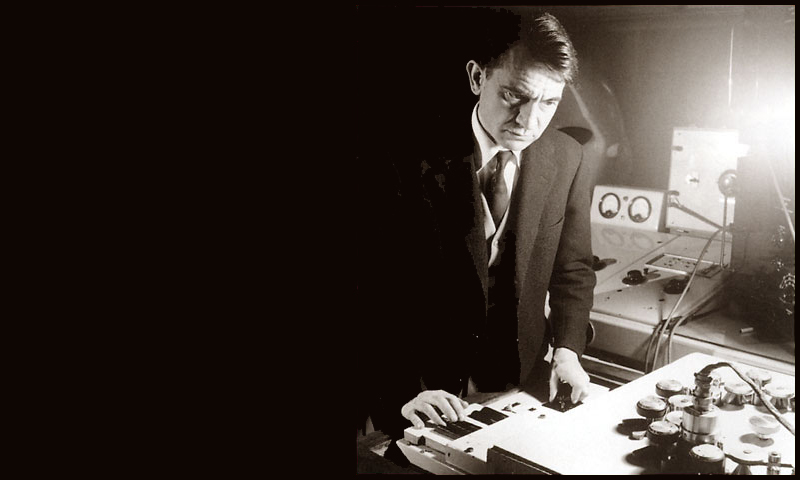 French composer, theorist, writer and teacher Pierre Schaeffer is responsible for the creation of musique concrète, a sound movement that reverses the traditional process of composition, progressing not from abstract thought to notes on paper, but from concrete sounds on tape (or acetate) to abstractions of the same, assembled like collages on recorded media.

"Schaeffer saw from the outset that electro-acoustic techniques would affect many aspects of musical thought and practice, that a revolution comparable with that brought about by photography was taking place. In fact, musique concrète has much in common with photography and the cinema, particularly the fact that none of them exists outside the ‘concrete’ materials on which they are recorded or fixed (disc, tape, film, etc), just as a painter's work is fixed on his canvas." (Francis Dhomont from Schaeffer's entry in Grove Music Online, https://doi.org/10.1093/gmo/9781561592630.article.24734, WSU credentials required)

Schaeffer is popularly referred to as 'the Godfather of sampling.'

Jonathan Patrick writes in Factmag ('A guide to Pierre Schaeffer, the godfather of sampling'):

"Without these techniques the history of music production — particularly hip-hop and electronic music — would look vastly different. As Jean-Michel Jarre, a former student of Schaeffer’s, put it in 2007: 'Back in the ‘40s, Schaeffer invented the sample, the locked groove — in other words, the loop […] It was Schaeffer who experimented with distorting sounds, playing them backwards, speeding them up and slowing them down. He was the one who invented the entire way music is made these days.'"

Pierre Schaeffer - Études de bruits (1948). Listen for the premonitions of modern hip-hop and electronic production, where percussive repetition is assembled from pre-recorded sounds.

It's difficult to overstate the impact of Schaeffer's work on the modern musical landscape, and electronic music as it's practiced today—from sampling to the drum machine—would be unthinkable without Schaeffer's groundbreaking work in tape splicing, looping, and manipulations of recorded sound.

(Box Header Image © 1948 Serge Lido, found at https://en.wikipedia.org/wiki/File:Schaefferphoto.jpg, and used under Creative Commons Attribution-ShareAlike 3.0 Unported [CC BY-SA 3.0] License [https://creativecommons.org/licenses/by-sa/3.0/]. This image has been modified, and is itself released under the same license in agreement with the terms. When reusing, please credit the original, follow all other terms of the license, and indicate where you found this version of the image).

English composer famed for her pioneering work in the BBC's Radiophonic Workshop.

"As a talented pianist and gifted mathematician, Derbyshire was ideally suited to the experimental electronic music-making techniques in use at the Radiophonic Workshop. There were 1/4″ tape machines, tone generators, and various electronic processing devices, many of which were cobbled together by BBC engineers from spare parts found in-house or in local markets. Derbyshire was particularly interested in the physics of sound..."

"Her childhood ephemera and schoolwork as well as recordings and correspondence relating to her freelance projects and BBC work are included in the Delia Derbyshire archive, held at the University of Manchester."

Delia is famous for composing the theme to the television series Doctor Who.

Detroit is the birthplace of techno, a particular flavor of electronic dance music (see our Detroit Techno guide from May 2020). Delia's experiments in electronic composition anticipate this sound by a couple of decades.

This paper examines the work of Derbyshire in the context of histories of EDM and historical accounts of women in electronic music. I consider how Derbyshire has come to be regarded posthumously as both a pioneering electronic composer and a forerunner of dance music and electronica in the UK, and how gender is constructed and expressed in the discourse around her life and work, with reference to the musical-critical phenomenon of hauntology.

Herrera, Isabella. 29 Apr 2021. The Secret History of Women in Electronic Music Is Just Beginning to Be Told. Pitchfork. Available at https://pitchfork.com/thepitch/the-secret-history-of-women-in-electronic-music-is-just-beginning-to-be-told/

Detroit's electronic profile is heavily associated with techno, but Derrick May and Juan Atkins aren't the first Detroit artists to innovate in electronic music. Michaelangelo Matos in Slate and Jayson Greene at Pitchfork both recount the ways that Wonder's embrace of Robert Margoulieff and Malcolm Cecil's room-size proto-synthesizer T.O.N.T.O (The Original New Timbral Orchestra) at Electric Lady Studios in New York directly influenced the future of R&B, funk, and electronic music. Matos writes "If Detroit techno lay the foundation for the electronic-dance future, Stevie drew its blueprints." (from Michaelangelo Matos's profile in Slate, Dec 2016, http://www.slate.com/articles/arts/wonder_week/2016/12/stevie_wonder_and_the_growth_of_electronic_dance_music.html)

"It wasn’t just TONTO, Mu-Tron, and the clavinet: Choose any technological development in sound synthesis that took place in the ’70s, and chances are you will find Stevie Wonder somewhere very near its root." (Greene, https://pitchfork.com/features/overtones/stevie-wonder-and-his-dream-machines-synth/).

some eBooks of note

Videos from the Collection

Videos from the Collection 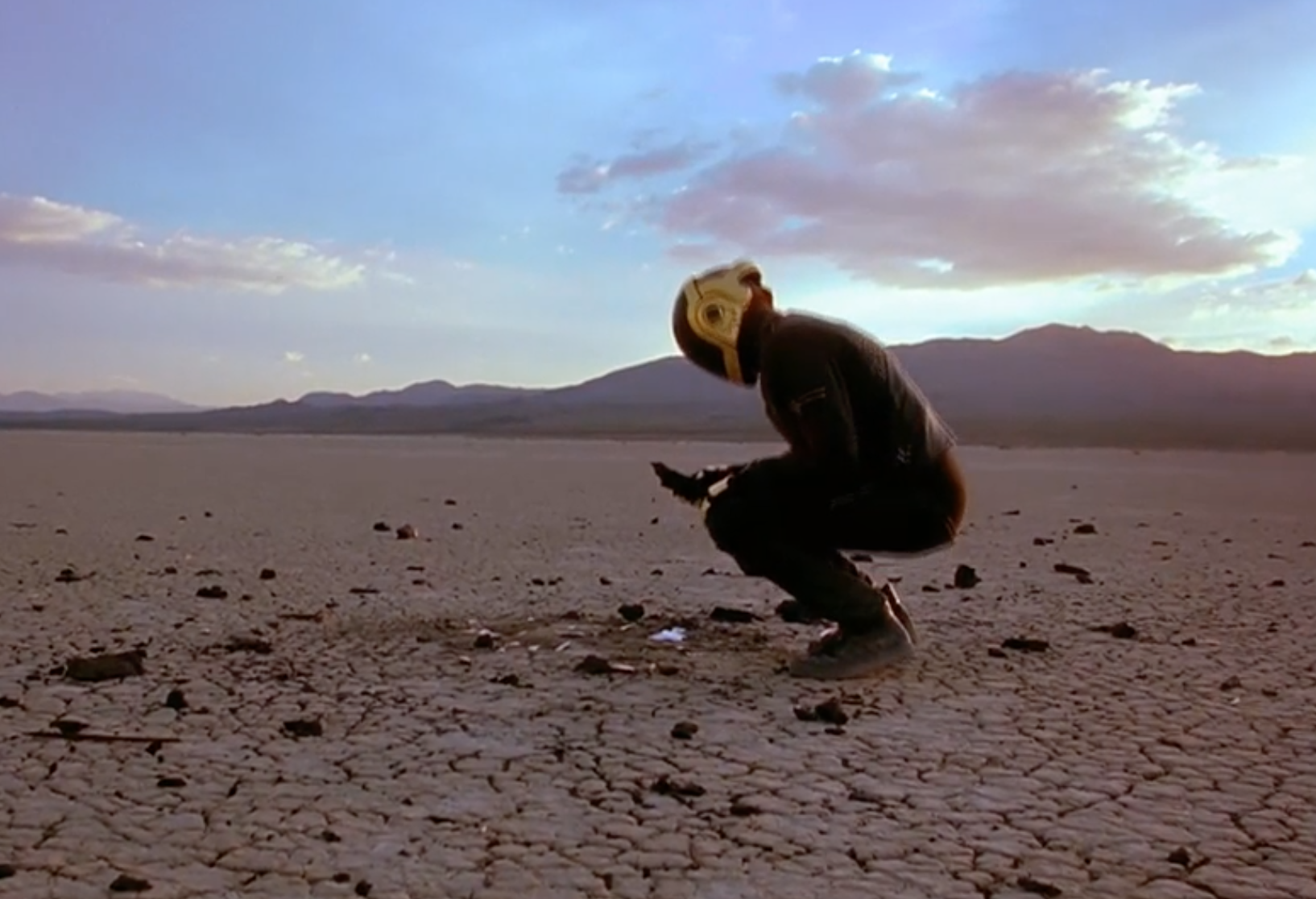 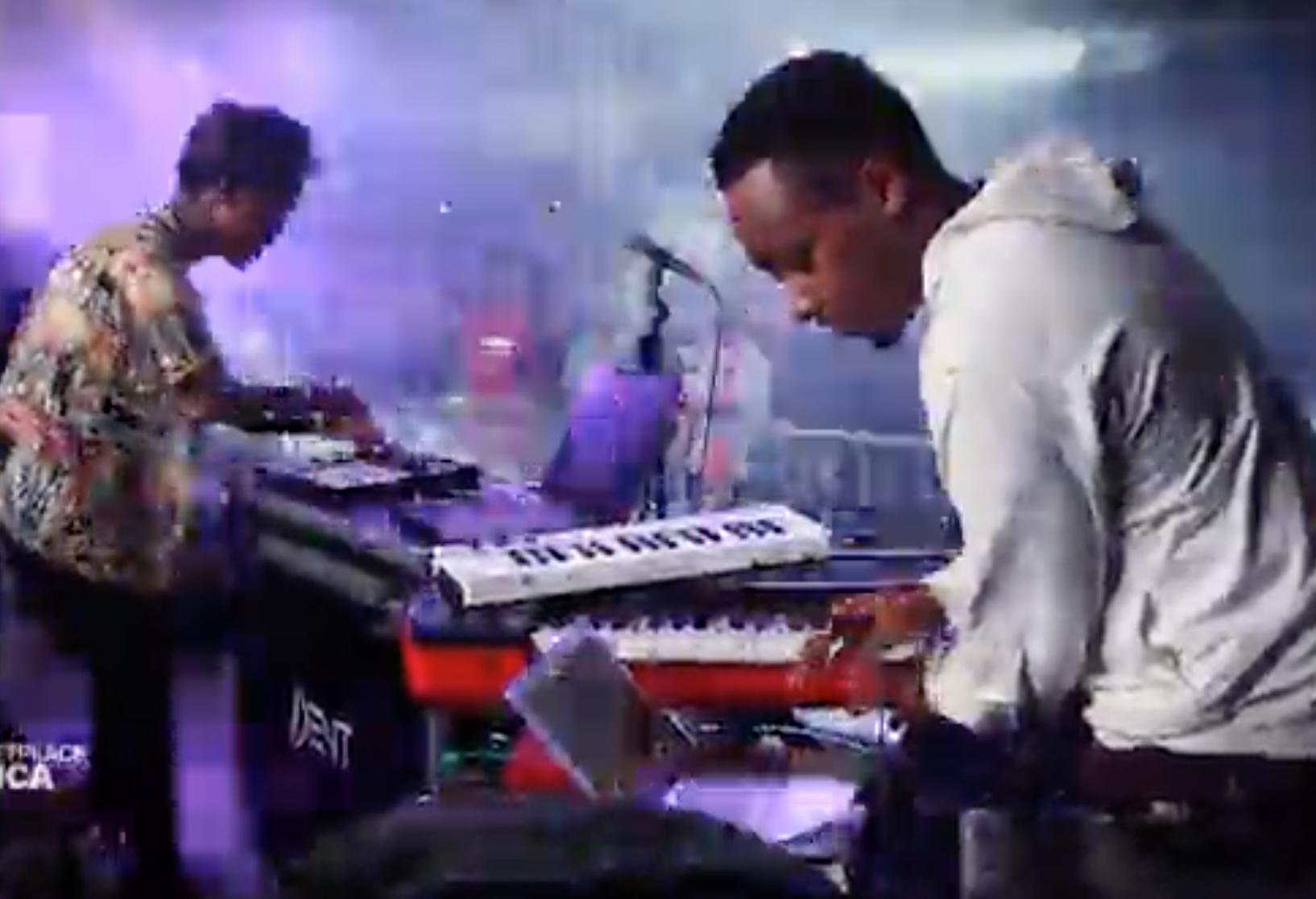 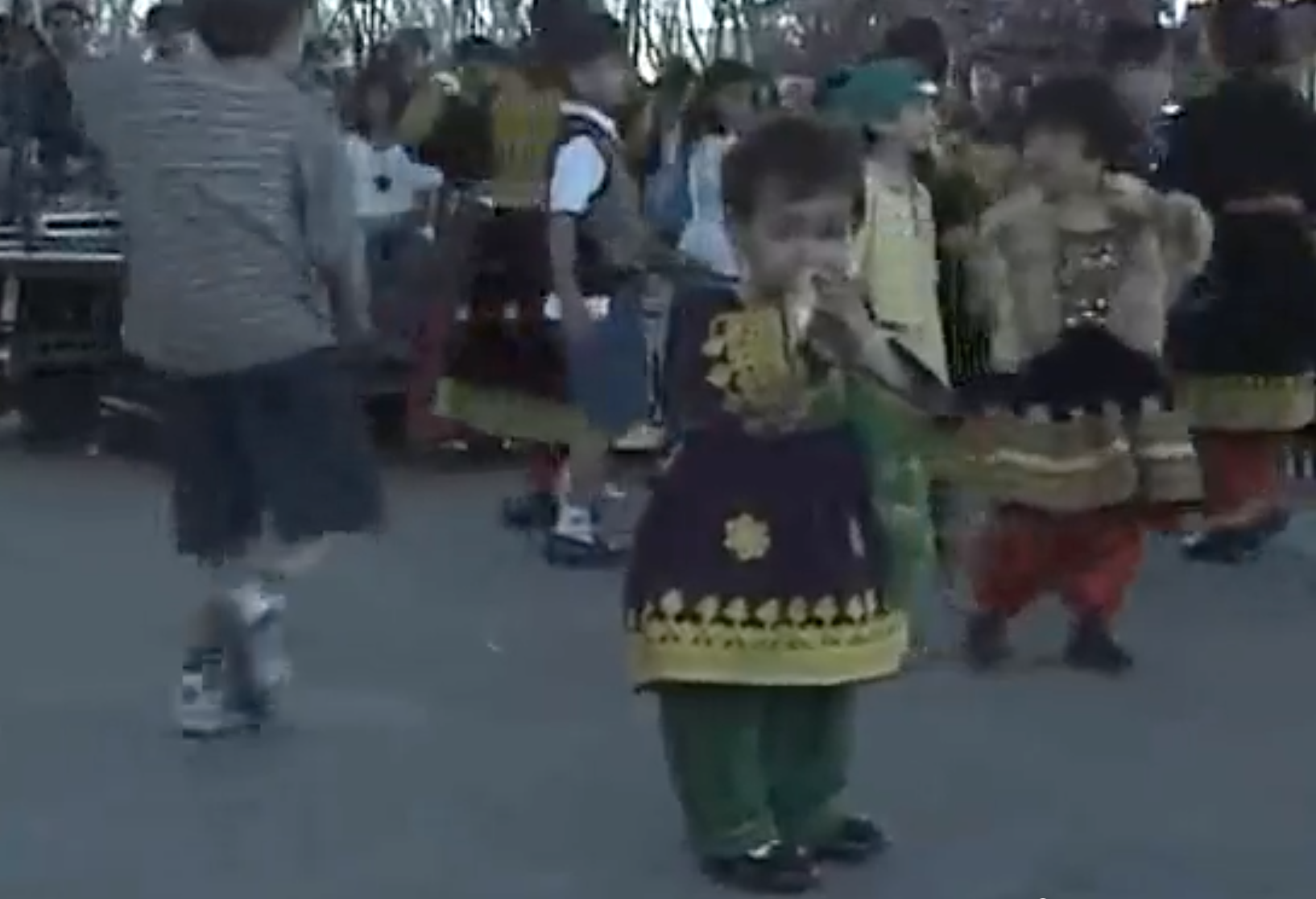 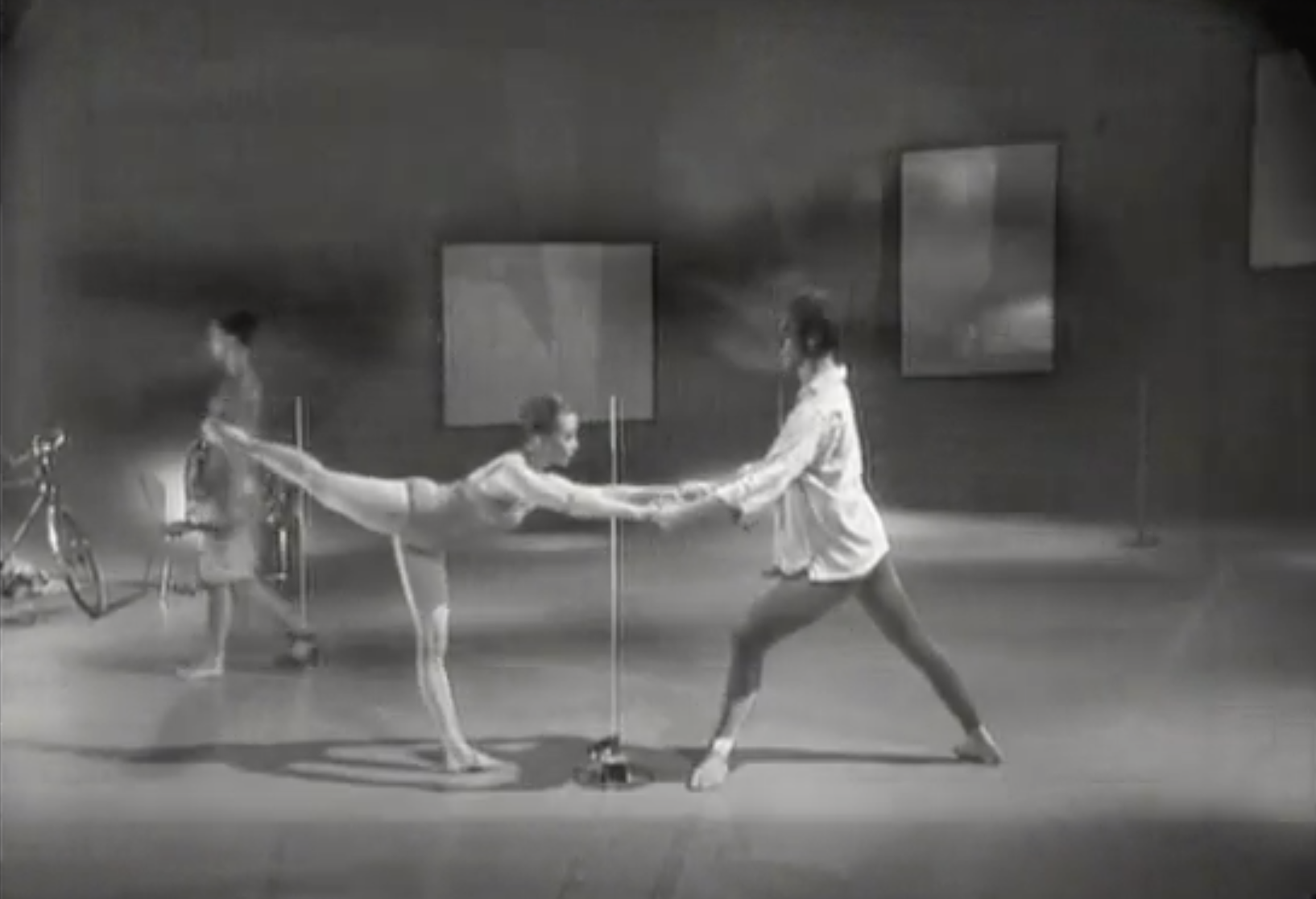 The least even-handed entry in this guide, here's a 20+-song playlist of many of this selector's favs. Electronic or electronic-adjacent only. Don't @ me.

(If the embedded playlist doesn't appear above, you can open it at https://open.spotify.com/playlist/19a68d4EUWBikdM3TUUolr).