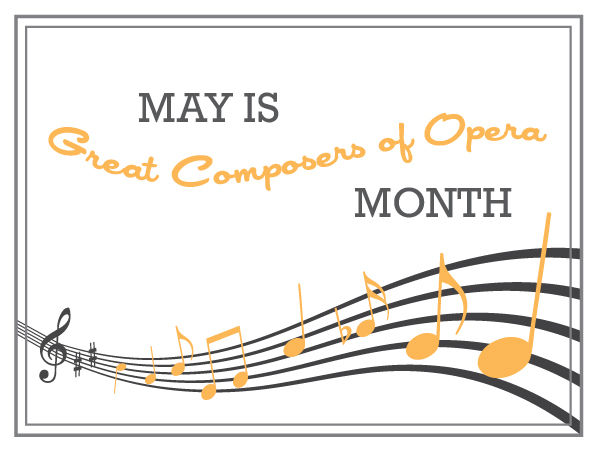 This month's topic delves into the world of opera.  The physical display, located on the first floor of the Purdy/Kresge Library, focuses on five important and prolific composers of opera.  These composers are Wolfgang Amadeus Mozart, Gioachino Rossini, Richard Wagner, Giuseppe Verdi and Giacomo Puccini.  This guide supplements with other important composers as well as videos of well-known arias and famous opera performers.  We also hope that you take advantage of the Opera events that are happening in Detroit and are listed on this guide. 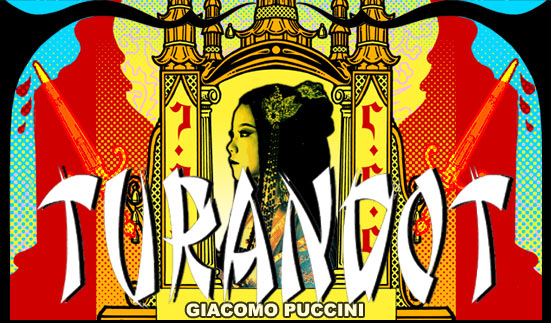 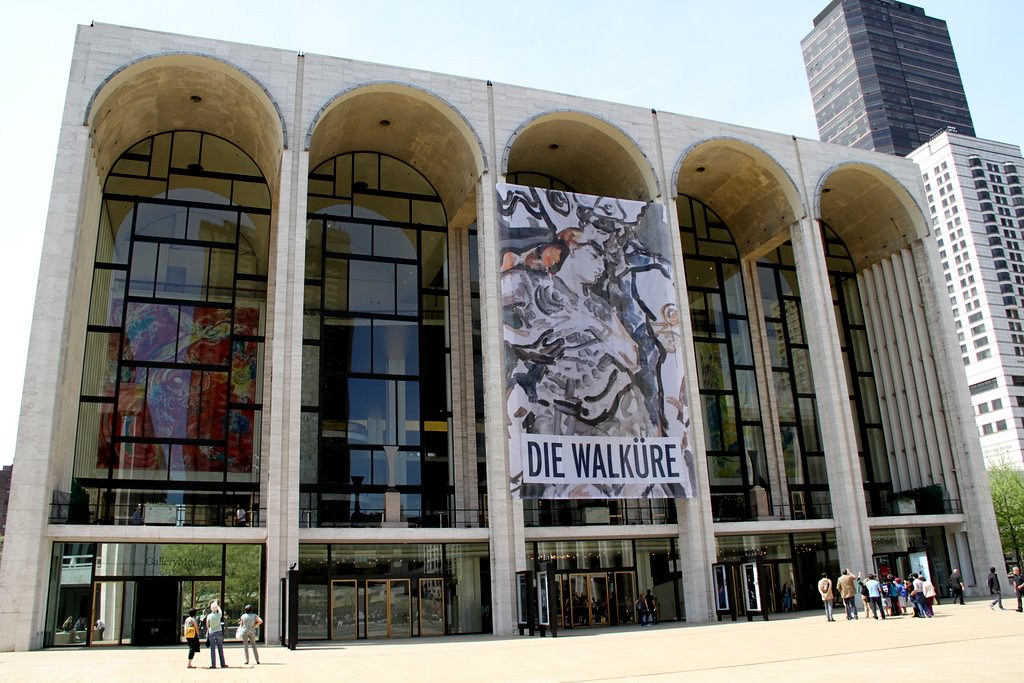 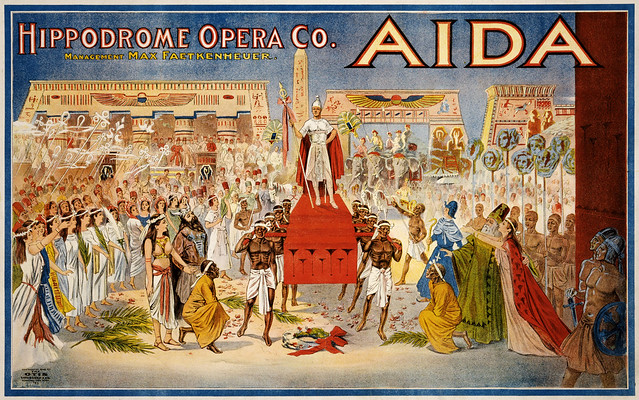 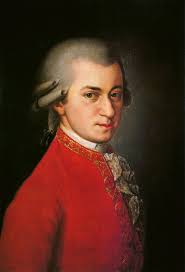 The youngest child and only surviving son of Leopold Mozart, Wolfgang Amadeus was born in Salzburg in 1756, the publication year of his father’s influential treatise on violin playing. He showed early precocity both as a keyboard player and violinist, and soon turned his hand to composition. His obvious gifts were developed, along with those of his elder sister, under his father’s tutelage, and the family, through the indulgence of their then patron, the Archbishop of Salzburg, was able to travel abroad—specifically between 1763 and 1766, to Paris and to London. A series of other journeys followed, with important operatic commissions in Italy between 1771 and 1773. The following period proved disappointing to both father and son as the young Mozart grew to manhood and was irked by the lack of opportunity and lack of appreciation for his gifts in Salzburg, where a new archbishop was less sympathetic. A visit to Munich, Mannheim and Paris in 1777 and 1778 brought no substantial offer of other employment and by early 1779 Mozart was reinstated in Salzburg, now as court organist. Early in 1781 he had a commissioned opera, Idomeneo, staged in Munich for the Elector of Bavaria, and dissatisfaction after being summoned to attend his patron the Archbishop in Vienna led to his dismissal. Mozart spent the last 10 years of his life in precarious independence in Vienna, his material situation not improved by a marriage imprudent for one in his circumstances. Initial success with German and then Italian opera and a series of subscription concerts were followed by financial difficulties. In 1791 things seemed to have taken a turn for the better, despite a lack of interest from the successor to the Emperor Joseph II, who had died in 1790. In late November, however, Mozart became seriously ill and died in the small hours of 5 December. Mozart’s compositions were catalogued in the 19th century by Köchel, and they are now generally distinguished by the K. numbering from this catalogue. 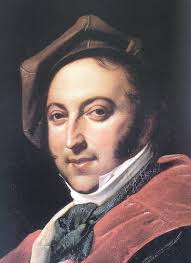 Rossini occupied an unrivalled position in the Italian musical world of his time, winning considerable success relatively early in his career. The son of a horn player and a mother who made a career for herself in opera, as a boy he had direct experience with operatic performance, both in the orchestra pit and on stage. His operas from his first relative success in 1810 until 1823 were first performed in Italy. There followed a period of success in Paris, leading to his final opera, Guillaume Tell (‘William Tell’), staged in Paris in 1829. The revolution of 1830 prevented the fulfillment of French royal commissions for the theatre, but in his later life he continued to enjoy considerable esteem—both in Paris, where he spent much of his last years, and in his native Italy. There he spent the years from 1837 to 1855, before returning finally to France, where he died in 1868. The last 40 years of his life were creatively silent: no more operas issued from his pen. 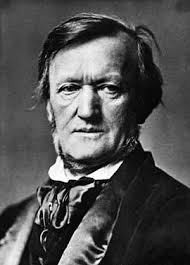 Wagner was a remarkable innovator in both the harmony and structure of his work, stressing his own concept of the Gesamtkunstwerk, the ‘total work of art’, in which all the arts were brought together into a single unity. He was prepared to sacrifice his family and friends in the cause of his own music, and his overt anti-Semitism has attracted unwelcome attention to ideas that are remote from his real work as a musician. In the later part of his career Wagner enjoyed the support of King Ludwig II of Bavaria and was finally able to establish his own theatre and festival at the Bavarian town of Bayreuth. He developed the use of the leitmotif (in German Leitmotiv – ‘leading motif’) as a principle of musical unity, his dramatic musical structure depending on the interweaving of melodies or fragments of melody associated with characters, incidents or ideas in the drama. His prelude to the love tragedy Tristan und Isolde led to a new world of harmony. 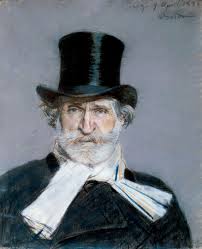 Verdi dominated the world of Italian opera from his first considerable success in 1842 with Nabucco until his final Shakespearean operas Otello, staged at La Scala, Milan in 1887, and Falstaff, mounted at the same opera house in 1893. His career coincided with the rise of Italian nationalism and the unification of the country, causes with which he was openly associated. 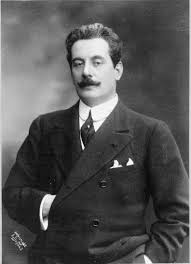 Descended from a family of musicians, Puccini was the most important Italian opera composer in the generation after Verdi. He was born and educated in Lucca, later studying under Ponchielli at the Milan Conservatory. He began his career as a composer of opera with Le Villi, on the story familiar from Adam’s ballet Giselle, but first won significant success in 1893 with Manon Lescaut. A musical dramatist of considerable power, if sometimes lacking in depth, he wrote 12 operas in total, the last, Turandot, still unfinished at the time of his death in 1924. 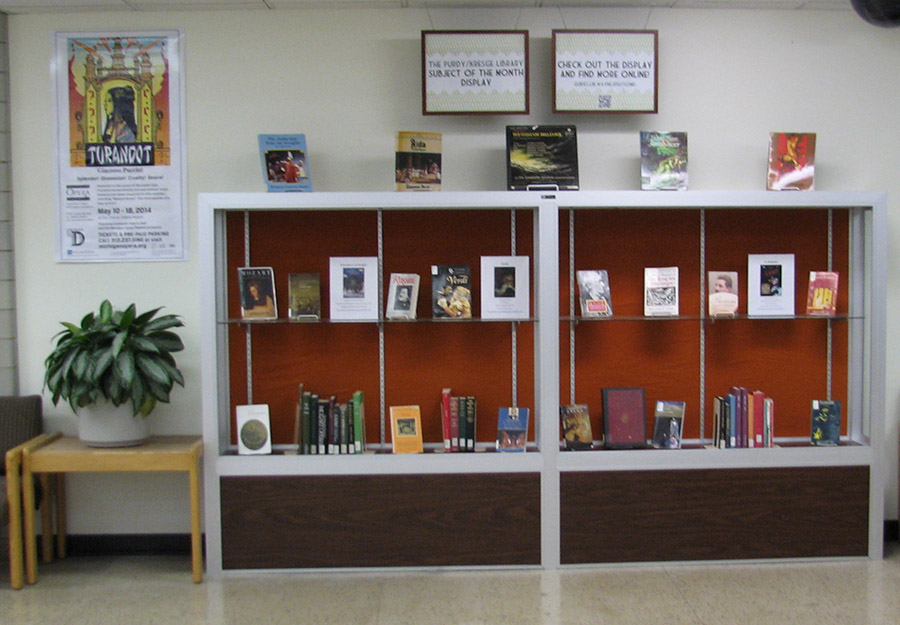 Books from the Catalog about Opera

One of the most famous pieces by Wagner.

"Walkürenritt" or "The Ride of the Valkyries" from Die Walküre, the second of four operas in the cycle Der Ring des Nibelungen by Richard Wagner (1813-1883)

Luciano Pavarotti (1935-2007) tenor, one of the commercially successful tenors of all time