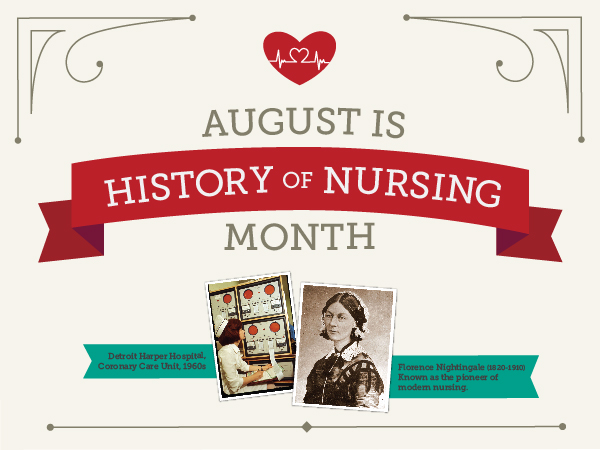 History of Nursing is an exciting and particularly relevant topic today as we brace for the implementation of the Affordable Care Act and the changes in our healthcare financing and delivery systems it entails- including changes to nursing organization and practice. The selections for this guide include books on nursing history on display in the Purdy-Kresge Library (available for checkout!), selected books and ebooks from our collection, nursing history journal articles, digitized primary sources in the public domain, and information on collections at Wayne State University and other institutions that house historical nursing archival and image collections. I hope you enjoy browsing these selections.

Original from University of Michigan, via Hathi Trust.

Books and ebooks in our WSU Library collection. Click on the link to access catalog records to the books. If the book is an ebook, you can read it immediately by clicking on the link that says "Connect to this resource." If it's a book available for checkout, click the "Get It!" link at the top of the page to have the book delivered to the library of your choice for pickup, or you can go to the library and retrieve the book from the shelf and check it out.

Nightingale, F. (1861).Notes on nursing for the labouring classes.London: Harrison.

Links to research collections that contain primary sources and images about the history of nursing:

History of Nursing in PubMed

Recent articles published on the history of nursing in PubMed. Mouse over each title for additional information:

Featured Websites on History of Nursing 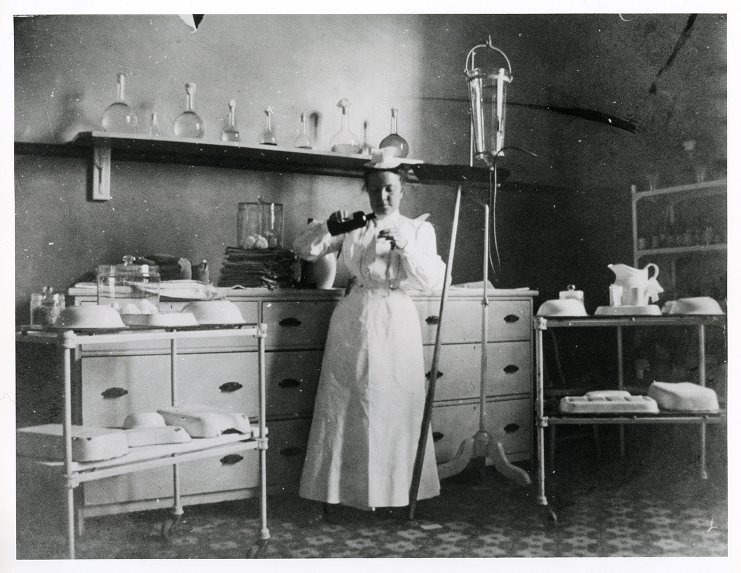 Nurse Preparing a Clysis in Supply Room, circa 1900