Joe Hill and the Industrial Workers of the World, November 2016 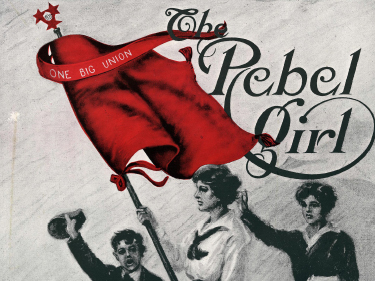 Joe Hill and the Industrial Workers of the World

The Industrial Workers of the World was founded in 1905 and is a member-run union for all workers. The IWW organizes all workers producing the same goods or services into one union instead of pooling them by skill or trade. Numbered among its members (known popularly as Wobblies) are lumberjacks, miners, farmhands (especially migrant workers), sailors, and workers in textile mills. Since their founding, the IWW has made significant contributions to labor struggles around the world. The union is proud of its long-standing tradition of fierce defense of the first amendment and breaking down barriers of race, ethnicity, and gender. Since its founding in Chicago, the IWW has moved its headquarters around the country.

Joseph Hillstrom, known as Joe Hill, was a famous activist for the IWW who specialized in songs and poetry to inspire the movement. He was born in 1879 in Sweden, emigrated to the United States in 1902, and was ultimately put to death in November 1915. Though he was accused of crimes unrelated to his activism, Hill's death made him a martyr to many in the Wobbly movement.

Many original, primary source documents are held at Wayne State's Walter P. Reuther Library that tell the story of Joe Hill and the Industrial Workers of the World. These materials span many formats, from photographs to pamphlets to correspondence and more. These collections are open to the public in the Reuther Library Reading Room. 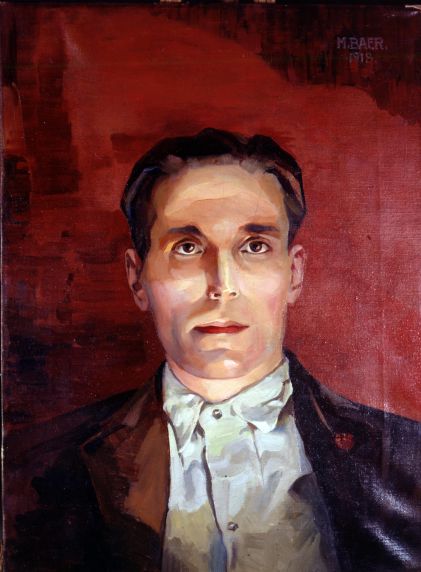 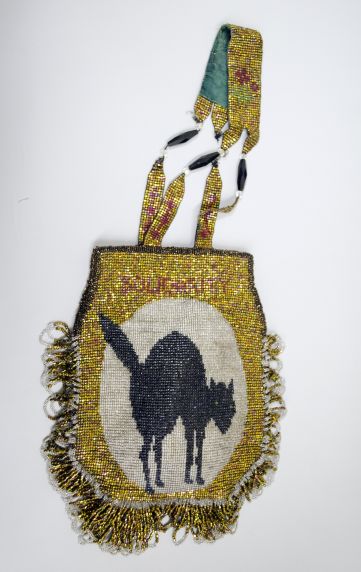 A hand-beaded IWW purse, made by an imprisoned IWW member who was convicted as a result of the Centralia Incident. The the word “Solidarity” is woven into the beadwork and the piece features the IWW “sabo-tabby,” c. 1910s.

A hand-beaded IWW banner, made by an imprisoned IWW member who was convicted as a result of the Centralia Incident. The banner features the “sabo-tabby” and a shimmering gold and black IWW logo. The words "Education, Organization, Emancipation" are incorporated into the beadwork, c. 1910s. 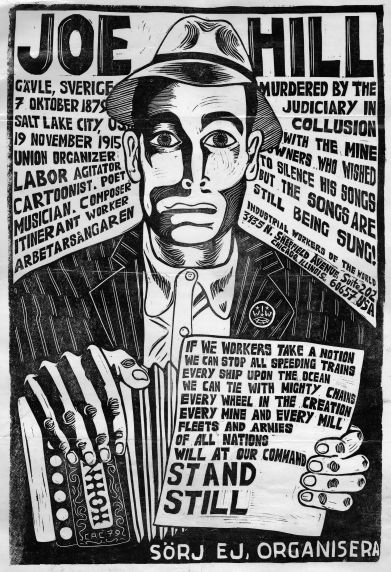