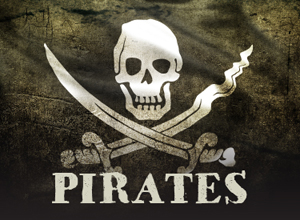 Arr! Ahoy, mateys! Pirates, buccaneers, corsairs, privateers, and river pirates are known around the world as ship and coastal area robbers and smugglers. Their history is said to date back as early as the Ancient World, and their legacy continues to date. Although a minority, women were also known as pirates, and date back as early as 232 to 228 BC, starting with Queen Teuta of Illyria. Some of the most infamous pirates include Blackbeard, Anne Bonny, and Captain Kidd. We hope you enjoy our selection of resources! Be sure to visit the display in the Purdy-Kresge Library for more rapscallion delights! 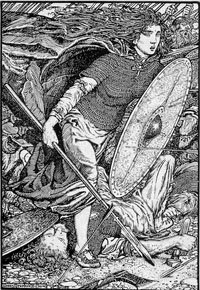 Life and Times of a Pirate 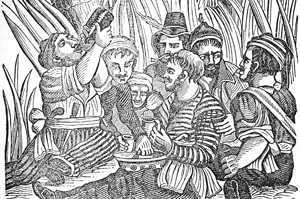 "Who became a pirate and what was life like for them? Step into the world of pirates in the classic age of piracy."

"Time Passes, But Pirattitude is Forever"

International Talk Like A Pirate Day, Sept. 19, every year since 2002

From Captain Charles Johnson, A General History of the Robberies and Murders of the Most Notorious Pyrates . . . (London, 1724)
Courtesy of the Rare Books Division, The New York Public Library, Astor, Lenox and Tilden Foundations 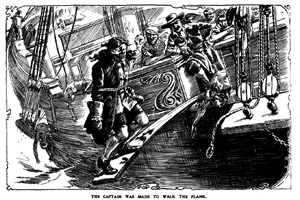 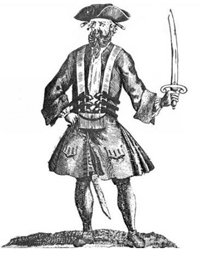 The pirate Blackbeard is perhaps the most notorious of sea robbers.  He and other pirates plagued shipping lanes off North America and throughout the Caribbean in the early-eighteenth century: an era commonly referred to as the "Golden Age of Piracy." 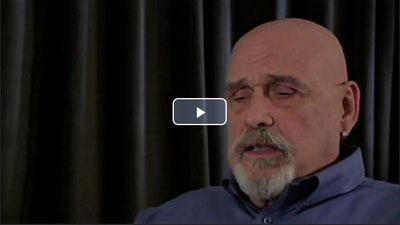 Hidden beneath the waters of Jamaica’s Kingston Harbor lie the ruins of the biggest pirate city of all time, Port Royal. With its reputation for extravagance, liquor and ladies it became known as the “wickedest city on earth”.

Treasure Island is an adventure novel by Scottish author Robert Louis Stevenson, narrating a tale of "buccaneers and buried gold". First published as a book on May 23, 1883, it was originally serialized in the children's magazine Young Folks between 1881--82 under the title Treasure Island or, the mutiny of the Hispaniola with Stevenson adopting the pseudonym Captain George North. Traditionally considered a coming-of-age story, Treasure Island is an adventure tale known for its atmosphere, characters and action, and also as a wry commentary on the ambiguity of morality — as seen in Long John Silver — unusual for children's literature now and then. It is one of the most frequently dramatized of all novels. The influence of Treasure Island on popular perceptions of pirates is enormous, including treasure maps marked with an "X", schooners, the Black Spot, tropical islands, and one-legged seamen carrying parrots on their shoulders. (summary adapted from wikipedia.org)

History of the Pirates - Hathi Trust