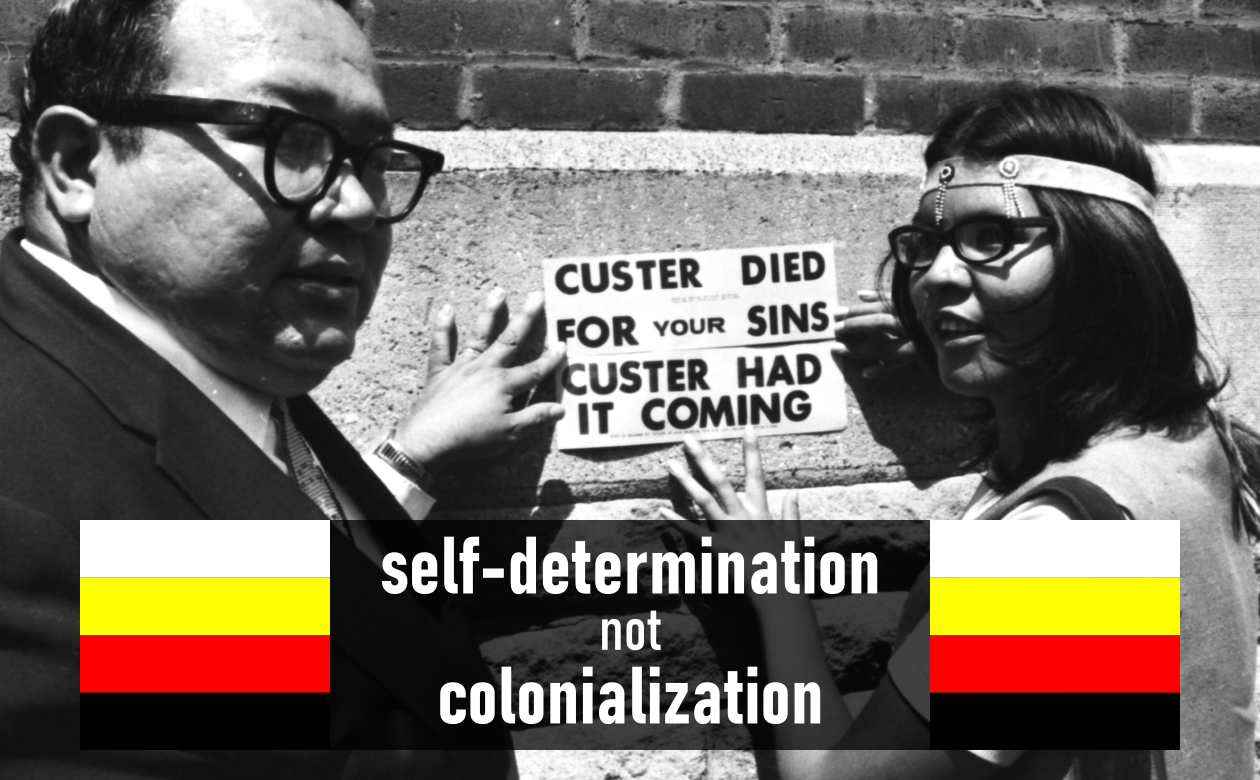 Dean George (left), president of the North American Indian Association of Detroit, and an NAIA Detroit member (right) display two bumper stickers which read "CUSTER DIED FOR YOUR SINS" and "CUSTER HAD IT COMING;" original taken in 1971 and available via the Virtual Motor City collection.

Selector: Clayton Hayes
I identify as white (of Western and Southern European ancestry) and I cannot speak on behalf of anyone whose ancestry includes peoples indigenous to this continent (nor should I attempt to). I have tried throughout to highlight resources by indigenous authors, which privilege indigenous voices, and which profile indigenous activists or indigenous-led movements.

August 9th is recognized as the International Day of the World's Indigenous Peoples by the United Nations and I had originally planned to develop a guide for August centered on Michigan's indigenous populations. This broad idea changed, in part due to recent uncovering of unmarked graves at Residential School sites in Canada, into the theme of Native American activism against colonialist power in the United States. I wanted to provide sources detailing the damage done to indigenous populations by our government, but I also did not want to push an implicit narrative that Native Americans were passive in the face of state-sanctioned colonialist violence. I also wanted to provide a reminder that Residential Schools were a part of United States policy as well, and have include photographs and information on the school which operated in Mount Pleasant until the 1930s.

Wayne State University rests on the ancestral and contemporary homeland of the Three Fires Confederacy, a settlement called Waawiyaataanong in the Anishinaabemowin language of the Ojibwe and later referred to as Detroit. These were and are sovereign lands shared by the Ojibwe, Odawa, Potawatomi, and Wyandot nations. We advance our educational objectives at Wayne State on a foundation of colonial violence and erasure for which this acknowledgement does the absolute bare minimum of reparation. This land acknowledgement is based on that of the WSU Student Senate, which exists thanks to advocacy by the WSU Native American Student Organization, and has been adapted here to remove the implicit assertion that the 1807 Treaty of Detroit justifies past, current, and future colonialist violence. 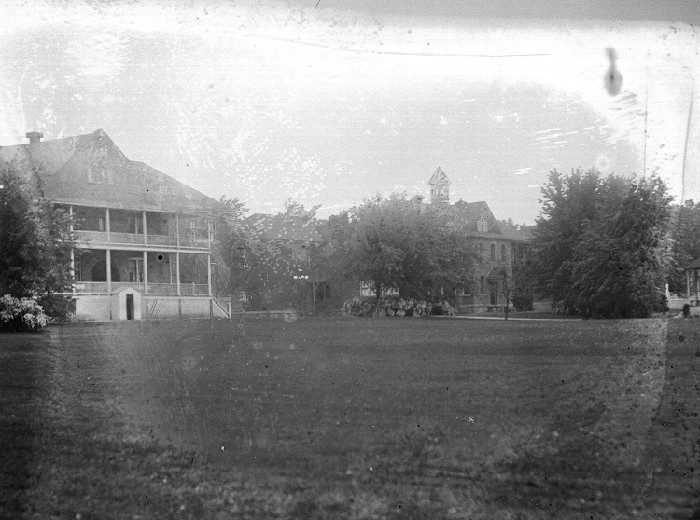 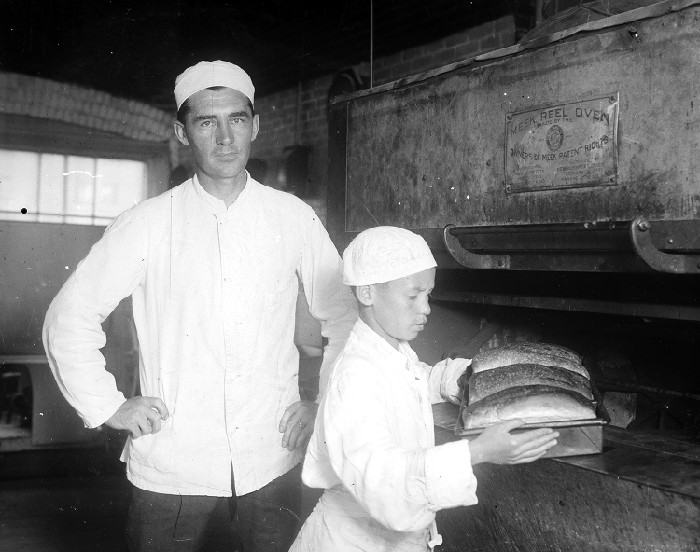 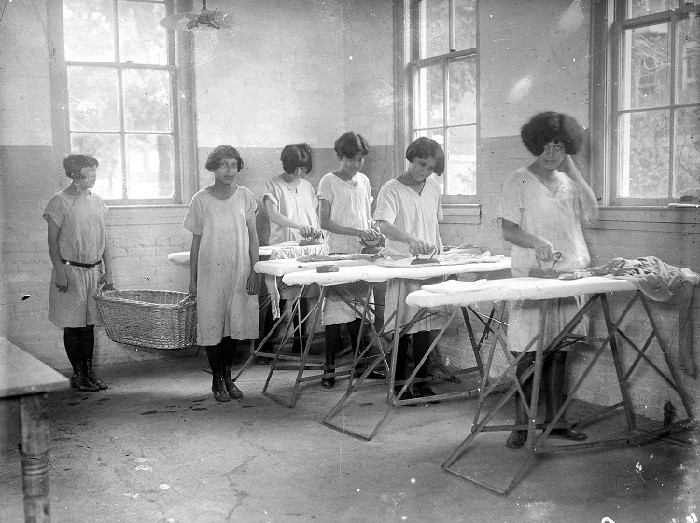 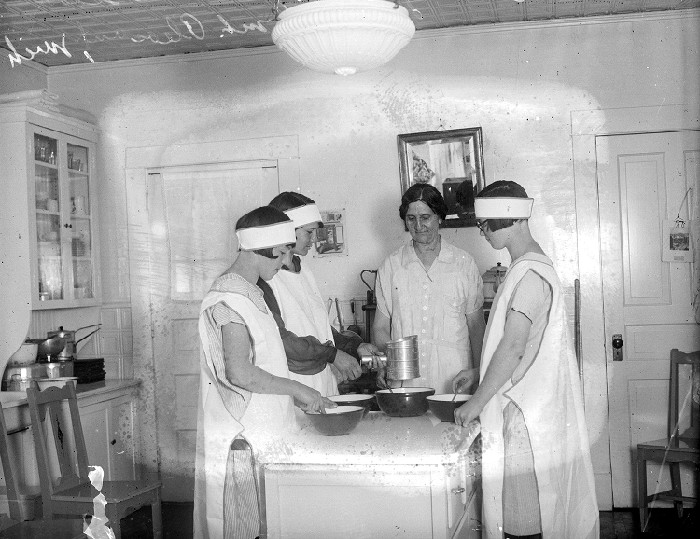 The Mount Pleasant Indian Industrial Boarding School, established by an act of Congress in 1891, operated from 1893 to 1934 in Mt. Pleasant, Michigan. Students were taken from families across Michigan, as well as from Minnesota, Wisconsin, and New York. At least 174 undocumented deaths took place at the school. The facility was abandoned in 2008 and is now property of the Saginaw Chippewa Tribal Nation.

Photos above from the Virtual Motor City collection

20th Century and Beyond