Join the Wayne State University Libraries and professors from Wayne State’s History, Communication and English departments for a panel discussion that will address the film and author’s place in science, women’s studies, film and writing.

Learn how the following organizations can assist you and your loved ones:
Common Ground Sanctuary, Neighbor Service Organization, Detroit Children’s Center, National Alliance on Mental Illness, and United Way’s 211
See students from the Wayne State University Theatre Program perform theatrical readings from the famous 1892 short story; “The Yellow Wall-Paper.” Written by Charlotte Perkins Gilman, who was discouraged from pursuing a career to “preserve” her health, challenged the notions of gender inequality maintained by medical and scientific experts who often suggested the exclusion of women from political and intellectual life.

The Literature of Prescription: Charlotte Perkins Gilman and  "The Yellow Wallpaper" is a rich, interdisciplinary topic.  The Association for Interdisciplinary Studies promotes "the interchange of ideas among scholars and administrators in all of the arts and sciences on intellectual and organizational issues..."  Just a few of the subject areas at Wayne State University include: 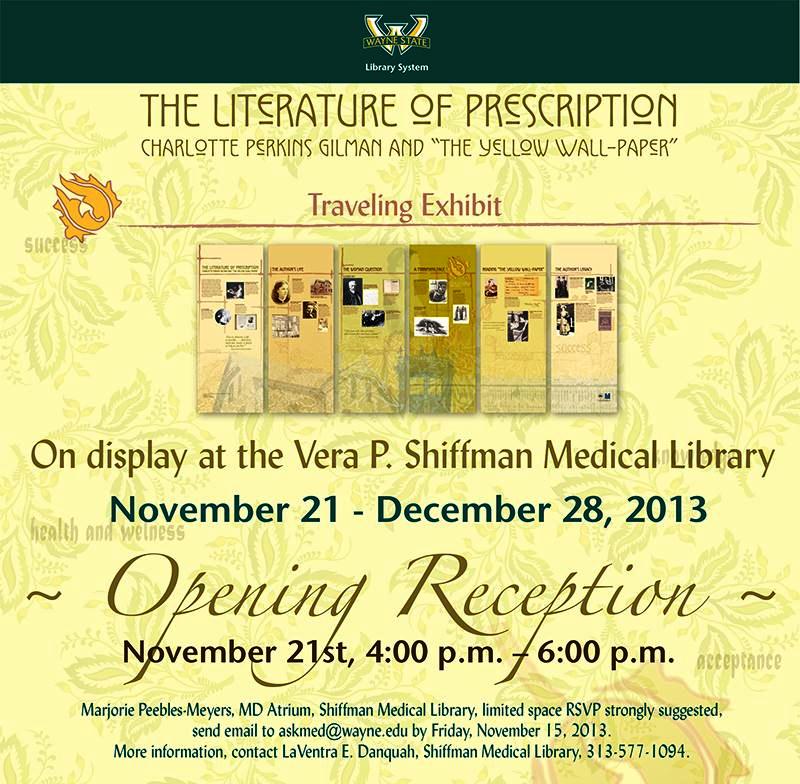 The Opening Reception is being held in conjunction with the School of Medicine, Arts in the Atrium program.

RSVP: Send an email to askmed@wayne.edu by Friday, November 15, 2013. Space is limited.

In the late nineteenth century, at a time when women were challenging traditional ideas about gender that excluded them from political and intellectual life, medical and scientific experts drew on notions of female weakness to justify inequality between the sexes.

Artist and writer Charlotte Perkins Gilman, who was discouraged from pursuing a career to preserve her health, rejected these ideas in a terrifying short story titled “The Yellow Wall-Paper.”

The famous tale served as an indictment of the medical profession and the social conventions restricting women’s professional and creative opportunities. 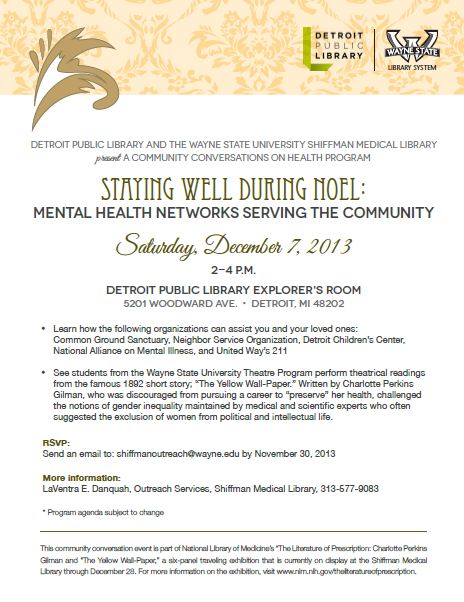 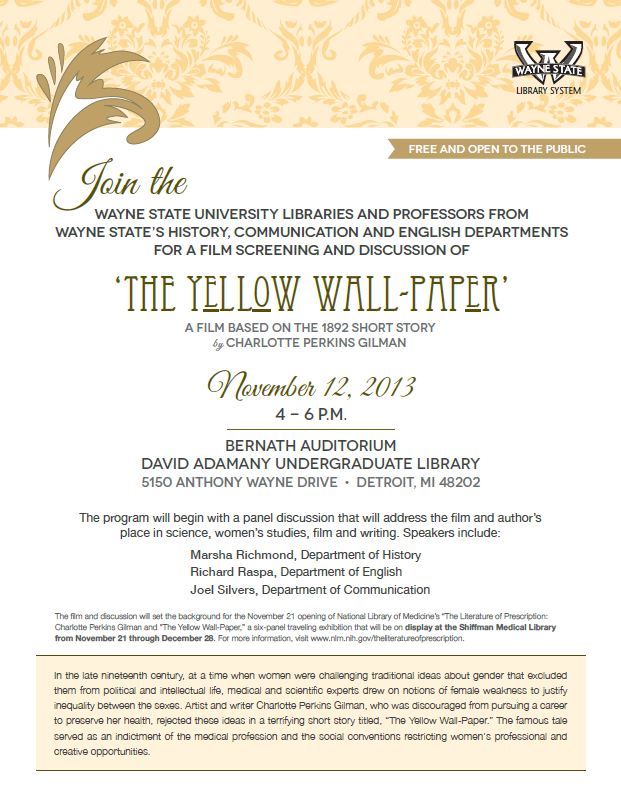 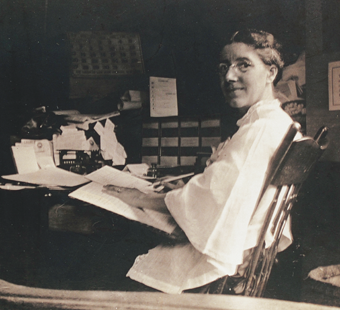 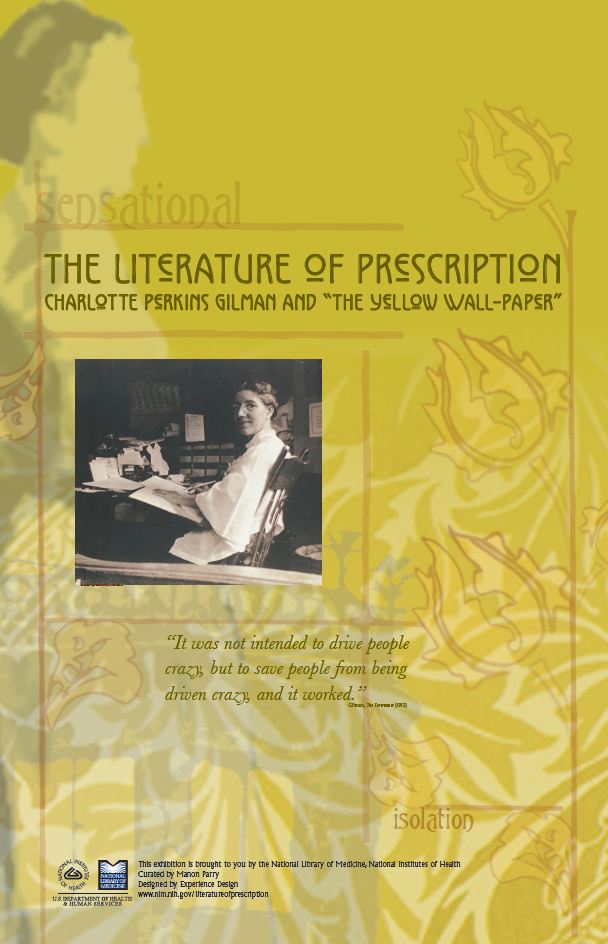 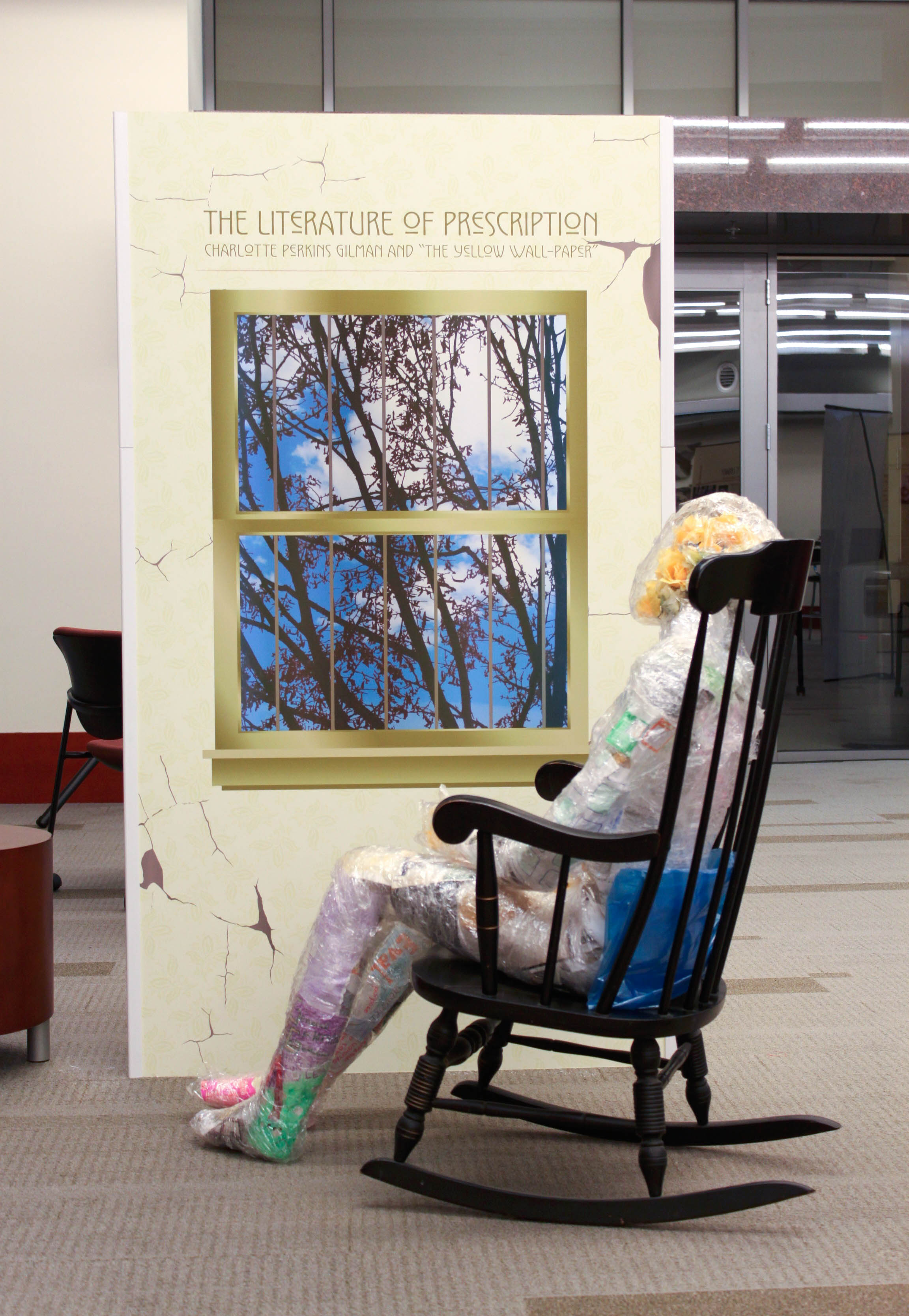 An artistic interpretation of "The Yellow Wallpaper" by Monica Szydlowski, Michelle Krason, and Rebecca Sanders of the Wayne State University College of Education Art Therapy Program.

This project has been funded in whole or in part by the National Library of Medicine, National Institutes of Health, Department of Health and  Human Services under Contract No. HHS-N-276-2011-00005-C  with the University of Illinois at Chicago, Library of the Health Sciences and Wayne State University Library System for Shiffman Medical Library Outreach Services.

This exhibition was developed and produced by the National Library of Medicine, National Institutes of Health. Special thanks to the Schlesinger Library, Harvard University.

The opening event is sponsored in part by the Wayne State University School of Medicine Arts in the Atrium Program.

A special "Thank You" to our sponsors, supporters, and participants for making the exhibit and events possible.