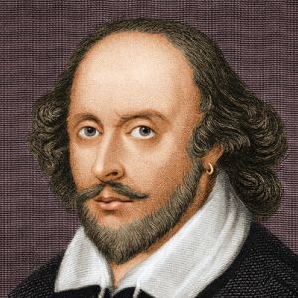 "William Shakespeare was baptized on April 26, 1564, in Stratford-upon-Avon, England. From roughly 1594 onward he was an important member of the Lord Chamberlain’s Men company of theatrical players. Written records give little indication of the way in which Shakespeare’s professional life molded his artistry. All that can be deduced is that over the course of 20 years, Shakespeare wrote plays that capture the complete range of human emotion and conflict.

Known throughout the world, the works of William Shakespeare have been performed in countless hamlets, villages, cities and metropolises for more than 400 years. And yet, the personal history of William Shakespeare is somewhat a mystery. There are two primary sources that provide historians with a basic outline of his life. One source is his work—the plays, poems and sonnets—and the other is official documentation such as church and court records. However, these only provide brief sketches of specific events in his life and provide little on the person who experienced those events." 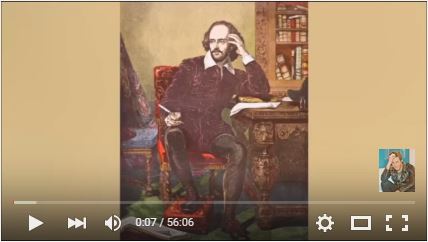 There is so little known about the real William Shakespeare. It is hardly surprising therefore that plenty of theories about our most famous bard and his work have arisen. It was, after all, Mark Twain who said: “So far as anybody actually knows and can prove, Shakespeare of Stratford-on-Avon never wrote a play in his life.”
Not always as easily dismissed as Shakespeare champions would have you believe, here are the most widely known theories about the authorship of the plays.

The Bardolator: Who Was Shakespeare? (In under two minutes)
Published on May 13, 2015

Ph.Detours Ep. 7: In Search of Shakespeare
Published on Apr 26, 2013
Will Shakespeare turns 449 years young this week, and the Ph.Detours gang travels to London to find out why he's still so fascinating after all these years.

Christopher Marlowe - Mini Biography
Published on Aug 29, 2013
Watch a short video biography of Christopher Marlowe, the Elizabethan dramatist most famous for "Doctor Faustus" and his influence on William Shakespeare.

"The Life and Trials of Ben Jonson"