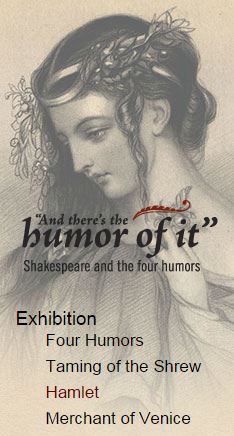 "William Shakespeare (1564–1616) created characters that are among the richest and most humanly recognizable in all of literature. Yet Shakespeare understood human personality in the terms available to his age—that of the now-discarded theory of the four bodily humors—blood, bile, melancholy, and phlegm. These four humors were thought to define peoples‘ physical and mental health, and determined their personalities, as well."

And There’s the Humor of it: Shakespeare and the Four Humors, a traveling exhibit from the National Library of Medicine

The opening celebration will feature remarks from Eric Ash, associate professor in Wayne State University’s history department. The current director of graduate studies, Ash has taught at Wayne State since 2002. His teaching and research interests include the history of Britain, early modern Europe, the history of science and technology, and environmental history. For the opening, Ash will provide a brief overview of humoral medicine as it was understood in early modern Europe around the time of Shakespeare. He will discuss what the humors were, the medical theory that viewed balancing them within the body as the key to health and well-being, and their connection to the wider view of Aristotle's natural philosophy.

Shakespeare and the Four Humors is a rich, interdisciplinary topic.  The Association for Interdisciplinary Studies promotes "the interchange of ideas among scholars and administrators in all of the arts and sciences on intellectual and organizational issues..."  Just a few of the subject areas at Wayne State University include: 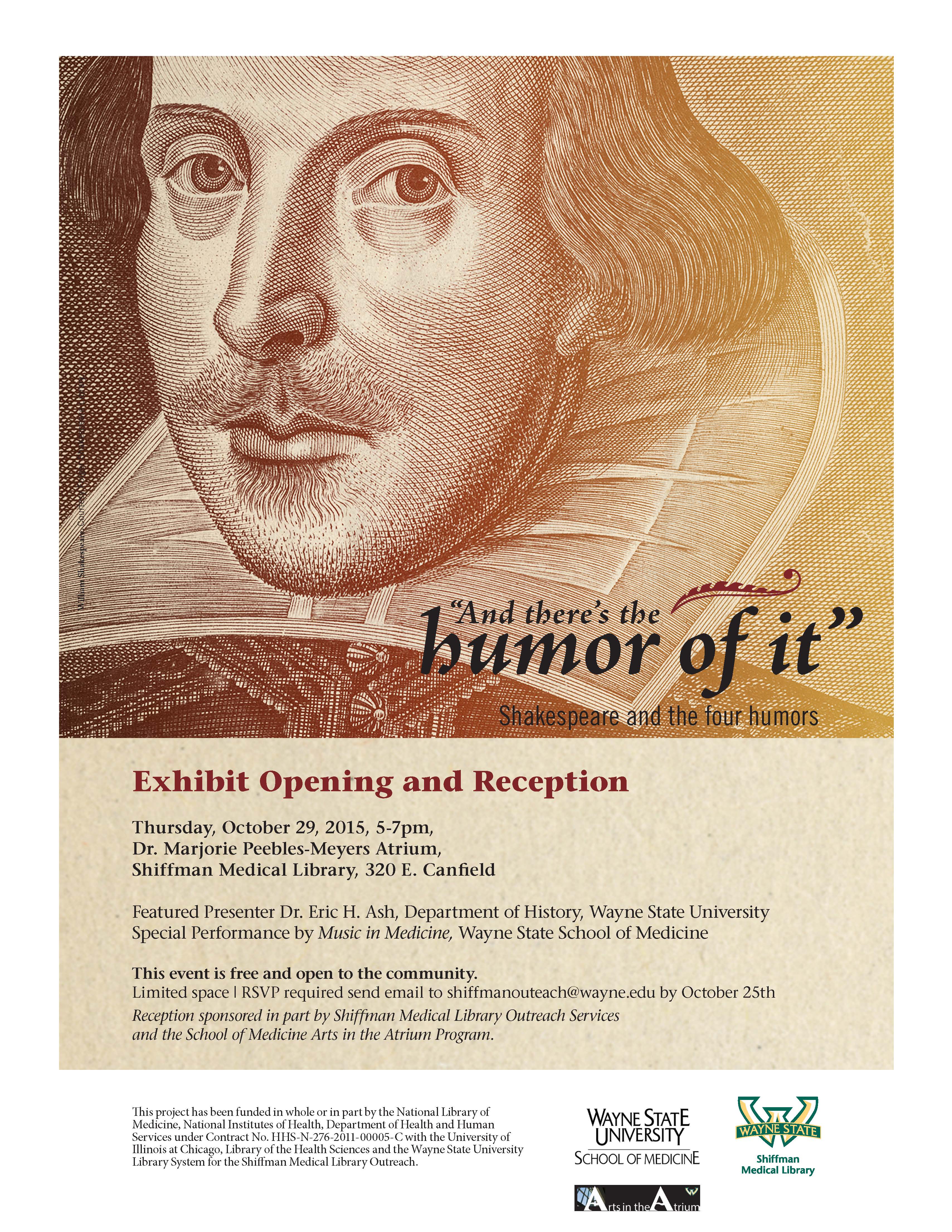 This project has been funded in whole or in part by the National Library of Medicine, National Institutes of Health, Department of Health and Human Services under Contract No. HHS-N-276-2011-00005-C with the University of Illinois at Chicago, Library of the Health Sciences and the Wayne State University Library System for the Shiffman Medical Library Outreach and Community Engagement Program.

Reception sponsored in part by Shiffman Medical Library Outreach Services and the School of Medicine Arts in the Atrium Program.