Where to See a Performance 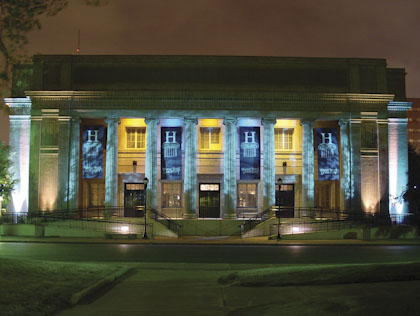 The Hilberry Theatre at Night 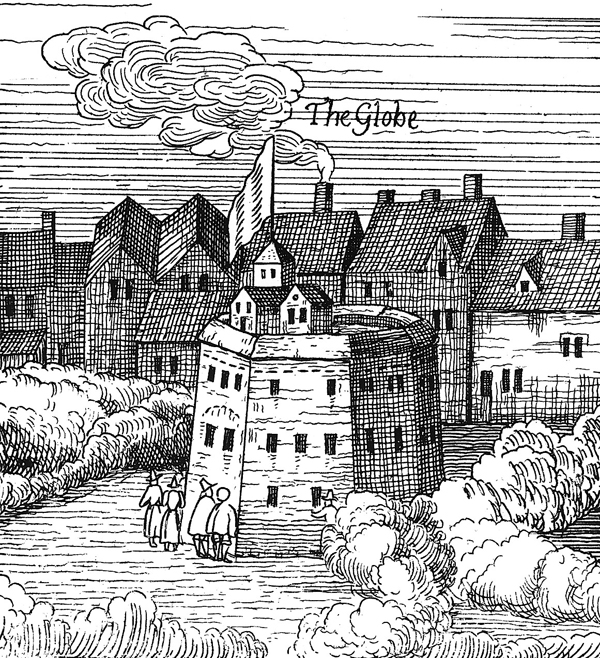 "During the first years of Elizabeth’s reign, the English playing companies used inns, inn yards, college halls and private houses for their performances. It was not until 1576 that the actor-manager James Burbage built the Theatre in Shoreditch, the first purpose-built playhouse in London. Shakespeare joined the resident troupe at the Theatre in the 1580s and the company (later known as the Chamberlain’s and then the King’s Men) flourished there for 20 years.

In 1596 a dispute arose over the renewal of the lease and negotiations were begun to acquire a disused hall in the precincts of the old Blackfriars priory to use as an indoor theatre. James Burbage died in February 1597; in April the lease expired, but the dispute continued for two years, during which time the company performed at the nearby Curtain playhouse. In Christmas 1598 the company sought a drastic solution: they leased a plot near the Rose, a rival theatre in Southwark, demolished the Theatre and carried its timbers over the river. To cover the cost of the new playhouse, James Burbage’s sons Cuthbert and Richard, offered some members of the company shares in the building. Shakespeare was one of four actors who bought a share in the Globe. By early 1599 the theatre was up and running and for 14 years it thrived, presenting many of Shakespeare’s greatest plays.

In 1613, during a performance of Henry VIII, wadding from a stage cannon ignited the thatched roof and the theatre burned to the ground ‘all in less than two hours, the people having enough to do to save themselves’. The theatre was quickly rebuilt, this time with a tiled roof. Shakespeare may have acted in the second Globe, but he probably never wrote for it. It remained the home for Shakespeare’s old company until the closure of all the theatres under England’s Puritan administration in 1642. No longer of use, it was demolished to make room for tenements in 1644."