About the Van Riper Family Correspondence

This collection is made up of of 78 letters written between 1836-1889 to members of the Van Riper family of Wayne County, Michigan. The majority of the letters are between cousins, Alexander and Henry Van Riper, from the years surrounding the Civil War; others are written between various family members and friends. The letters that date from the Civil War era discuss the daily realities of solider life such as illness, homesickness, and camp life. Also of topic are battles and other important Civil War events, including the burning of Atlanta and the assassination of President Lincoln. Letters written during these years by family members who did not join the infantry reveal the impact the war had on those at home. In these letters they discuss their concerns and feelings surrounding the war as well as recount everyday events in their lives. Letters dated from the years leading up to and after the Civil War are from family members discussing their daily lives and include topics such as school, farm work, harvest, health and travel.

According to the 1850 census, the Van Riper families lived in Brownstown Twp., Wayne County. Henry Van Riper was born to Nicholas Van Riper, a farmer, and his wife Mary Ann Van Riper. He also had a younger brother, Willis E. Van Riper. In the same township lived Alexander Van Riper with his father John C. Van Riper (a carpenter), his mother Mable Van Riper, and two siblings, Mary Van Riper and John Van Riper. From the letters there is evidence that both Alexander and Henry served as Union soldiers in the Civil War. In 1863, Alexander was captured by Confederate soldiers and held prisoner. 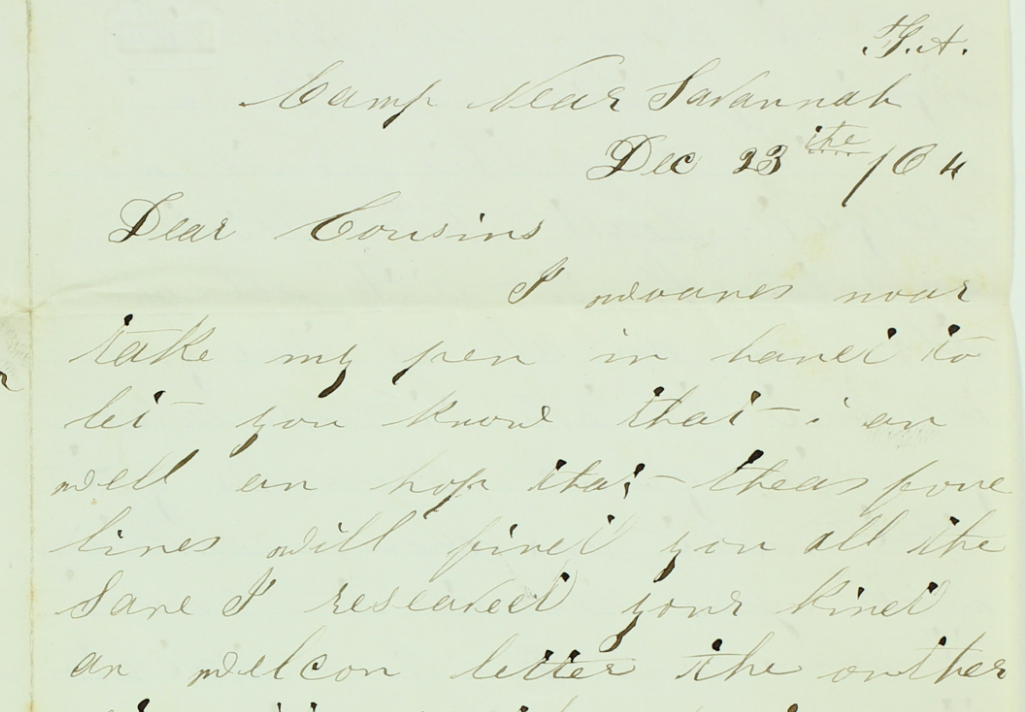 These letters may be used only within the library. Request access through the catalog record.